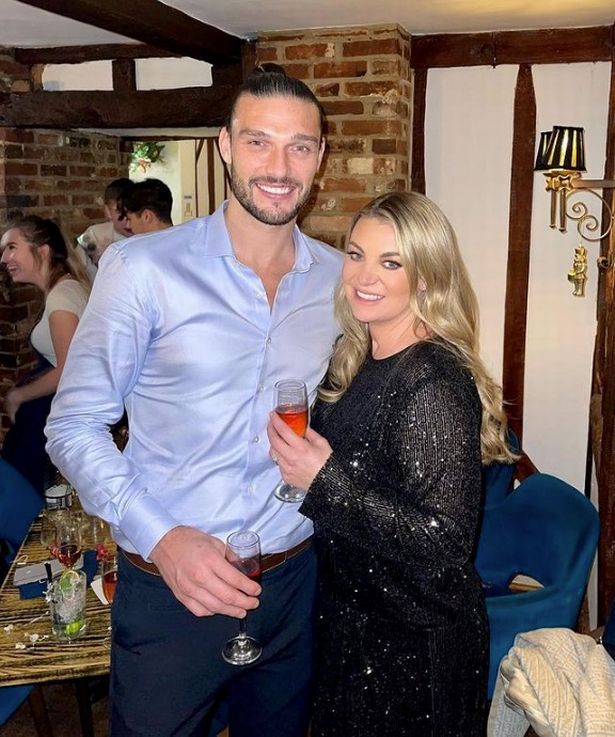 Billi Mucklow and Andy Carroll are officially husband and wife after a lavish affair at a five-star hotel.

The pair got engaged in 2014, and share three kids together.

Their nuptials come after footballer Andy was photographed appearing to be passed out next to a blonde woman after a day of partying in Dubai just days before his wedding.

Despite the ordeal, wedding guests were “very much in the mood to celebrate”, a source told The Sun.

“The atmosphere was a far cry from how things have been the last few days, which is incredibly tense and uncomfortable,” they added.

Get exclusive celebrity stories and fabulous photoshoots straight to your inbox with OK!’s daily newsletter. You can sign up at the top of the page.

According to the publication, the newlyweds went for an all-white theme for their special day, and were surrounded by white roses in a 16th Century walled garden as they exchanged vows.

The Four Seasons Hotel, where Billi and Andy are said to have held their ceremony, has suites costing around £1,675 per night.

In the wake of Andy’s actions in Dubai, Billi’s friends urged the reality TV star to call off the wedding.

“She’s waited a while and they’ve been together a long time. But her friends and family are telling her to postpone the wedding.

“They think she should put it on hold and wait. They don’t want her to look like a mug.”

The source continued: “Billi wants more answers. She feels totally embarrassed. She was so happy and was posting all the pictures from her hen do on Instagram, but she feels really humiliated now.

“It’s a tough time for her. Billi is torn as she’s thinking that if she postpones it, it might not ever happen.”

Despite their concerns, Billi and Andy were spotted yesterday, Saturday 4 June, arriving at their wedding venue ahead of today’s ceremony.

The Mirror revealed that the hotel they’ve said their ‘I dos’ in is the perfect location for a private ceremony hidden away within 500 acres of countryside.

According to the hotel website, weddings take place in a 16th-century walled garden where you can “mingle with guests after the ceremony in the late afternoon light for cocktails and canapés while younger guests enjoy a teddy bear picnic in the nearby forest”.

For updates on all your favourite celebs, sign up to our daily newsletter here.