Over the last 50 years, much has changed in the UAE, from malls to skyscrapers and supercars. However, one thing has remained constant – the Friday/Saturday weekend. Except at the end of 2021, when the UAE announced that the new weekend would be Saturday and Sunday. To quote Snickers, “The old Thursday became Friday and Saturday became the new Sunday, and the old Sunday became the new Monday.”

Snickers, a brand is known to assist people with their confusion, decided to step in and help by reminding UAE residents to grab a Snickers. No person, company, or even competitor, was left out of Snickers’ quest. 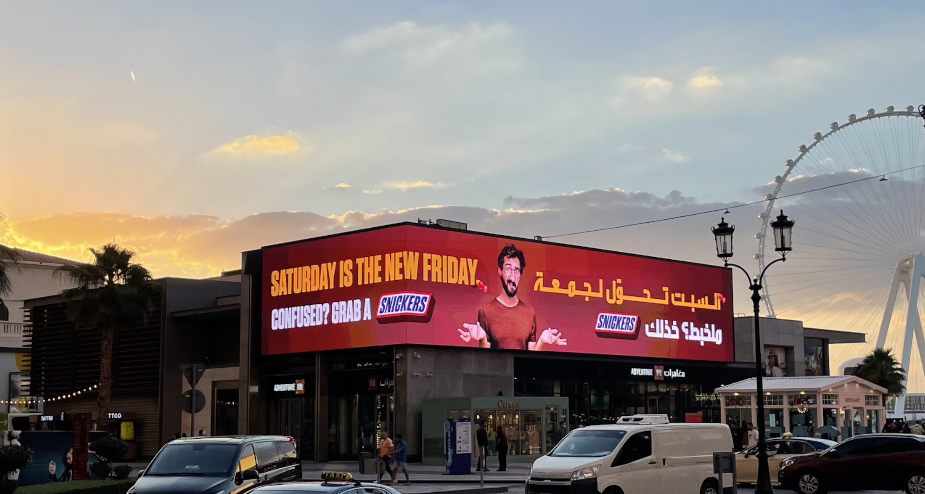 The brand compassionately sent New Weekend Kits to a select few individuals, companies and even competitors – which included a Snickers-branded handkerchief to cry in if you found yourself alone at the office on a Sunday. A classic Snickers video was released reminding residents about the hazards of confusing the old and new weekend. Targeted outdoor was set up in commercial office areas, ads and a specific Friday playlist were released on Anghami online audio, each with day-specific messages to compound confusion and remind folks about the solution – grab a Snickers. While throughout the campaign, a social media competition urged those who ended up in an empty office to share their ordeal, with a chance to win Snickers.

The campaign – a remarkably effective exercise in social listening –  was a national hit, having helped the UAE remember that the old Thursday became Friday and Saturday became the new Sunday, and the old Sunday became the new Monday.

Sending Artwork to the Moon with NASA for Charitable NFTS