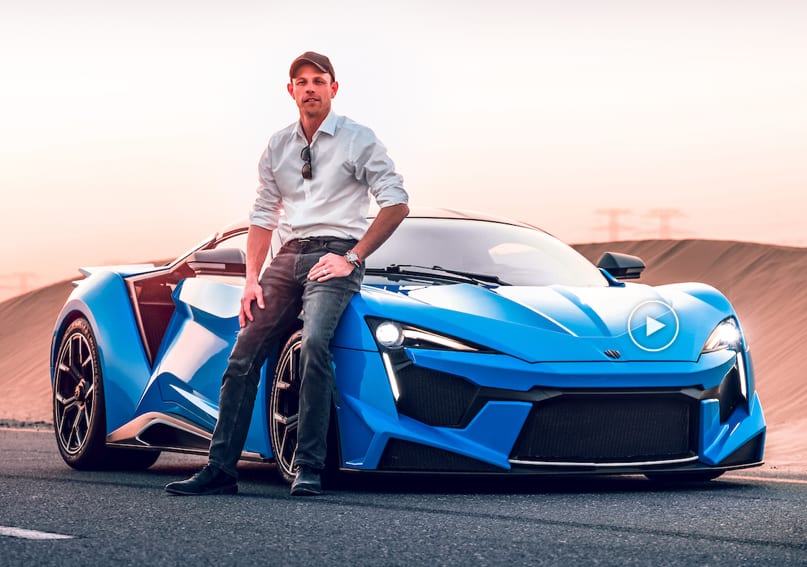 Founded in 2012 in Lebanon, W Motors burst into the automotive scene with its Lykan Hypersport, but then seemed to go quiet until it burst out again — and this time quite literally — when a Lykan (stunt car version) flew from one building into another in Fast & Furious 7.

Some questioned whether W Motors was a real car company or not. But now, Genius Garage founder and YouTube video host Casey Putsch has produced a 5-video series update on what’s up at W, which moved to Dubai in 2019.

“I grew up in the Midwest and not the Middle East, and I came away with a new perspective,” Putsch is quoted in a news release about the videos.  “It was so exciting to travel, experience and meet new people.  I found the perspective I have may not be reality.  Hopefully these videos will do the same for people who have doubted the reality of the Lykan Hypersport and W Motors.”

Primary among those vehicles at the moment is the Ghiath (Falcon), which is an SUV designed for Middle Eastern police, complete with facial-recognition cameras and a pair of drones that in the next-generation of the vehicle will be able to emerge from beneath panels in the vehicle’s roof.

In the video, Putsch drives the company’s supercars on public roads and on the Dubai Autodrome F1 track, and he visits the Silicone Oasis, where W Motors is building its new facilities.

“The goal for the trip and his series of videos is to showcase the mythological unicorn of hypercars and to get to know W Motors and the people involved,” the news release adds.