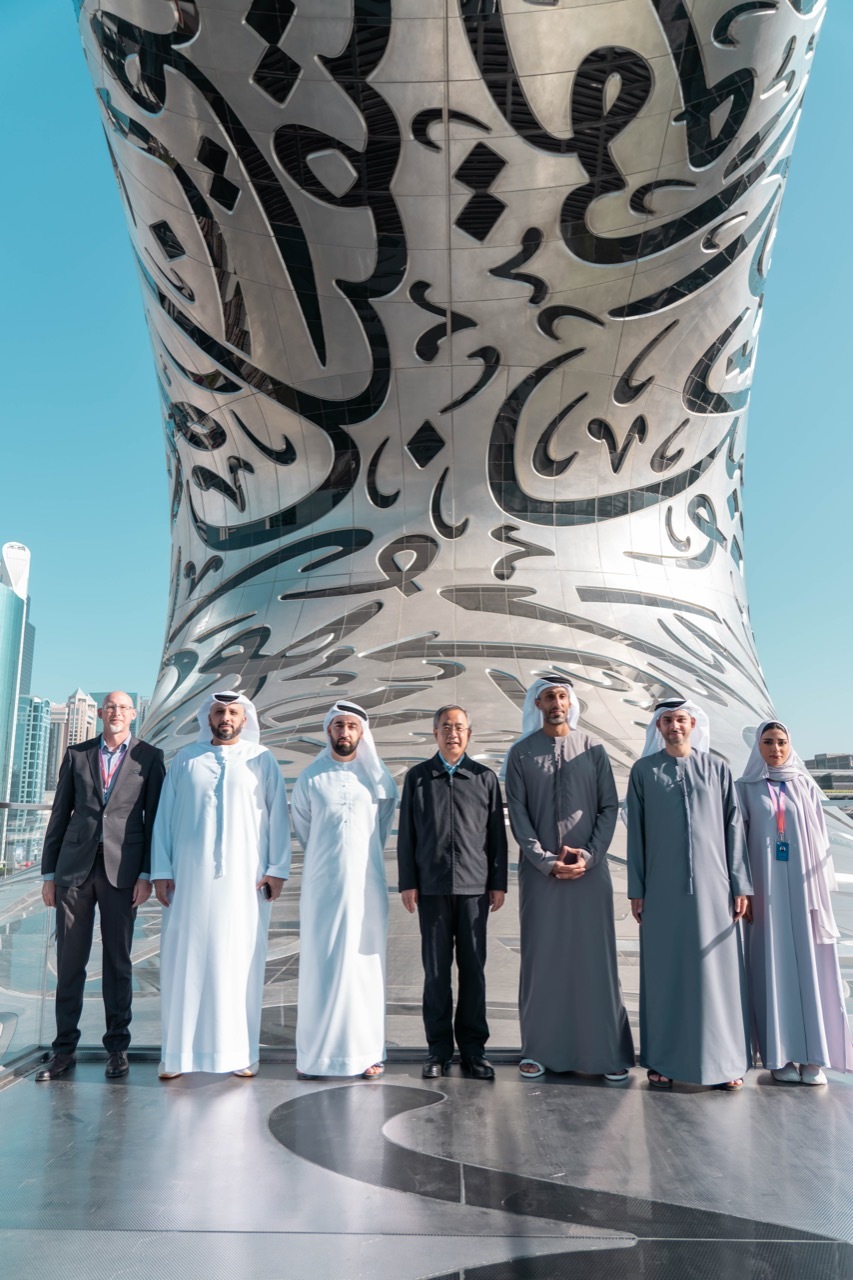 DUBAI, 13th December, 2022 (WAM) — Hu Chunhua, Vice Premier of the People’s Republic of China, visited the Museum of the Future, where he was greeted by Khalfan Belhoul, CEO of Dubai Future Foundation (DFF).

Belhoul welcomed the Vice Premier and his delegation, who then toured the museum to review its efforts in creating a better future for humanity.

The delegation included Zhang Yiming, Ambassador of China to the UAE; Guo Wei, Deputy Secretary-General of the Chinese State Council; and Wu Jianghao, Assistant Minister of Foreign Affairs of China.

During the tour, Belhoul showcased the museum’s most prominent features, including its iconic design and unique experiences, shedding light on its vital role in shaping the future and designing its ideas.

In the presence of representatives from the Museum of the Future and the Dubai Future Foundation, the parties discussed ways of enhancing cooperation in the areas of future foresight as well as facing challenges and finding solutions through developing innovative ideas.

The tour was part of an official visit from China’s Hu Chunhua, who is in the UAE this week to strengthen relations between the two countries.

China is a key partner of the UAE, and the two countries are seeking to further build cooperation to drive trade growth, enhance infrastructure, facilitate knowledge exchange, and leverage advanced technology.