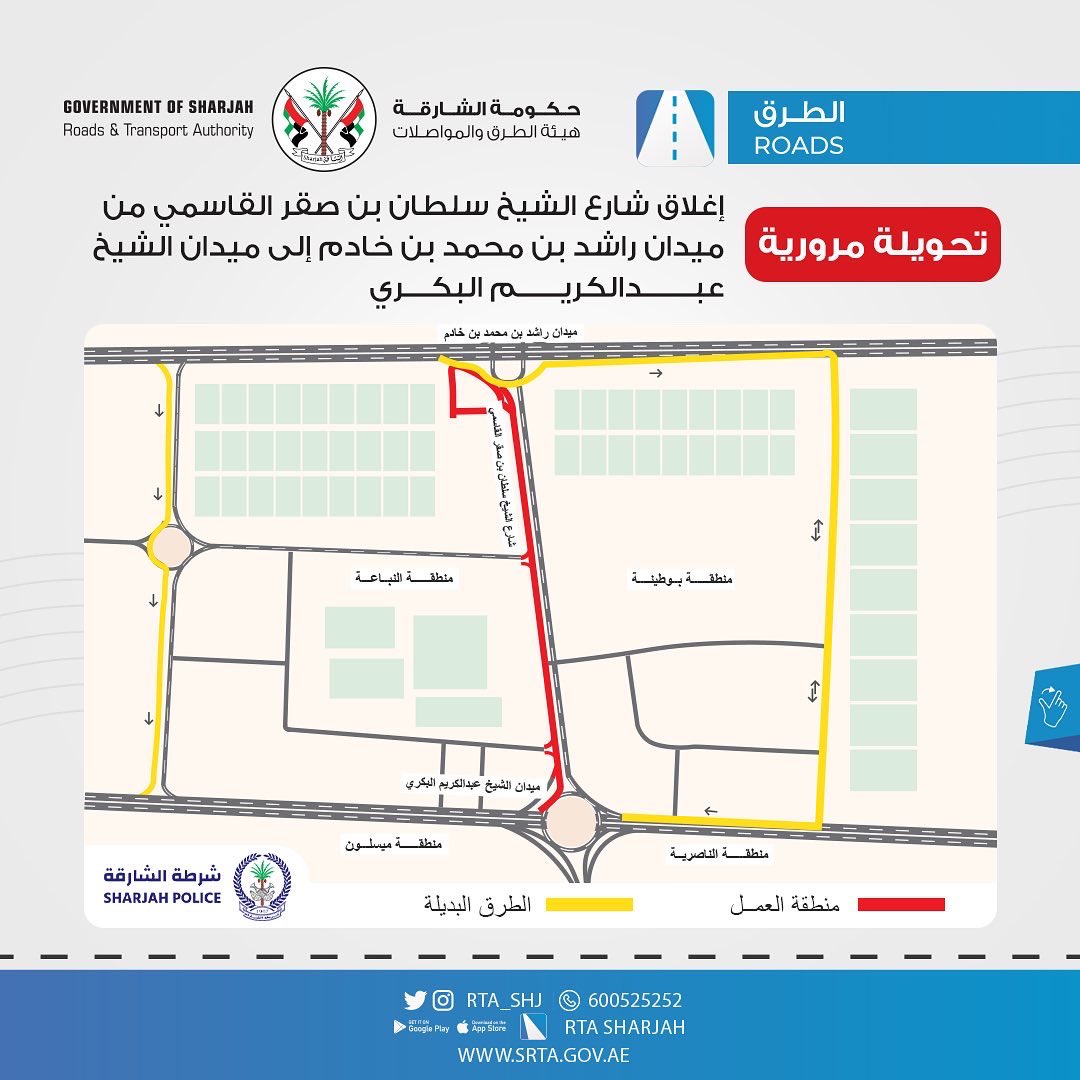 Sharjah Roads and Transport Authority announced that in order to complete the development and increase the efficiency of the roads in the Emirate of Sharjah, it was decided to close Sheikh Sultan Bin Saqr Al Qasimi Street from Sheikh Rashid Bin Muhammad Bin Khadim Square to Sheikh Abdul Karim Al Bakri Square.

The authority explained that the closure will be implemented from today, Thursday, August 18, to Sunday, September 4, to complete maintenance and increase the efficiency of Sheikh Sultan bin Saqr Al Qasimi Street.

The authority urged the public to use the alternative roads shown in the concrete plan for the project to avoid traffic jams, and the authority also apologized for any inconvenience the work might cause.