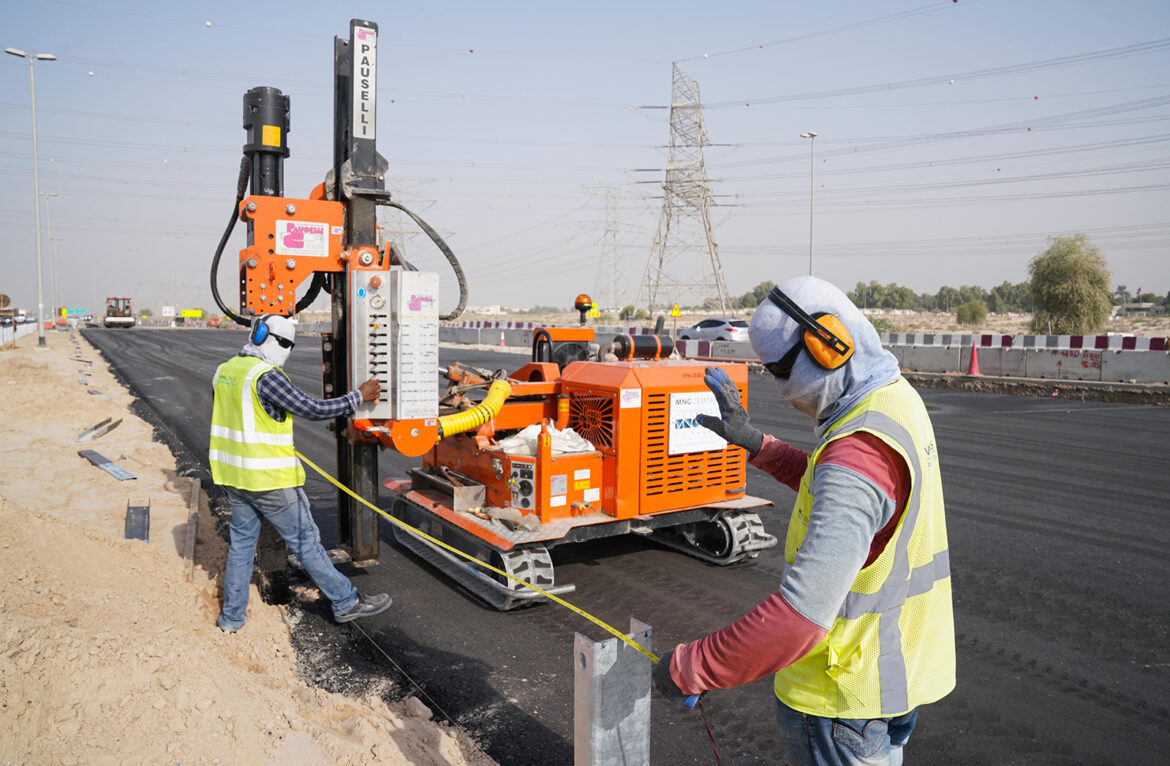 The Roads and Transport Authority has confirmed the completion of (67%) of the gradual development of Manama Street, which is part of the work of the recently opened Dubai Al-Ain Street Development Project.

This development project includes the construction of a new traffic axis connecting Al Maidan Street with Al Manama Street and crossing Dubai-Al Ain Street through a bridge consisting of (4) lanes in each direction and a capacity of (8) thousand vehicles per hour. hour in each direction The project is the implementation of ramps to connect with Dubai-Al-Ain Street.

The project also includes development and streamlining of the existing street by converting the first three intersections of Manama Street with Aden Street, Sanaa Street and Nad Al Hamar Street from roundabouts to surface intersections controlled by light signals and increasing the number of traffic lanes to (4) lanes in each direction until Nad Intersection Al Hamra with change of some lanes on Aden Street.

This development contributes to increasing road capacity by approx. (2000) vehicles per hour in each direction, reducing the delay rate and increasing traffic flow at intersections along its length.

These works are expected to be completed during the third quarter of this year, as the development of the intersection between Manama Street and Sanaa Street was recently opened, and work is currently underway on the rest of the intersections and the main road.