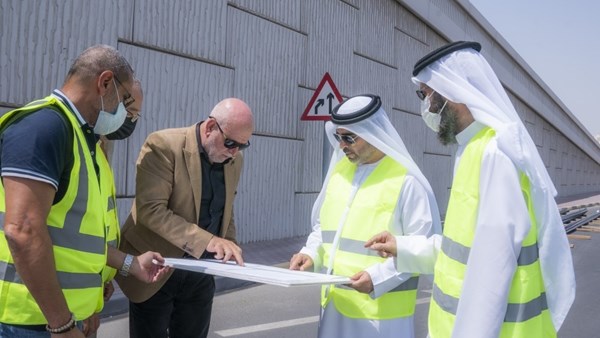 The Municipality and Planning Department of Ajman announced the completion of 10% of the Al Ittihad Street development project, which began last July, and includes the construction of a three-lane bridge for vehicles coming from the Emirate of Dubai towards Sheikh Khalifa Junction, with a traffic light at the intersection of Al Ittihad Street and Kuwait Street. Under the bridges, in addition to the completion of a bridge for those coming from Al Hassan bin Al Haitham Street, and on the way outside the emirate from Ajman Industrial Area towards the Emirate of Sharjah.
Abdul Rahman Muhammad Al Nuaimi, Director General of the Municipality and Planning Department of Ajman, inspected the progress of work on the Al Ittihad Street development project, which will be fully completed by October 2023, and pointed out that the project falls within the second package of initiative of His Highness Sheikh Humaid bin Rashid Al Nuaimi, Supreme Council Member and Ruler of Ajman, To develop the infrastructure of the Emirate.
Abdul Rahman Al Nuaimi said that the wise management paid remarkable attention to the lively street, which witnesses constant movement around the clock and is a link between Ajman and other regions, pointing out that the project, which costs 71 million and 600 thousand dirham, aims to provide the necessary expansion compatible with the volume of use, as the qualified skills worked to study the current situation on the street and determine all the necessary requirements, up to the stage of preparing the design for the project, ensuring performance of a better level of service for road users.

36 children rescued from locked cars in Dubai this year