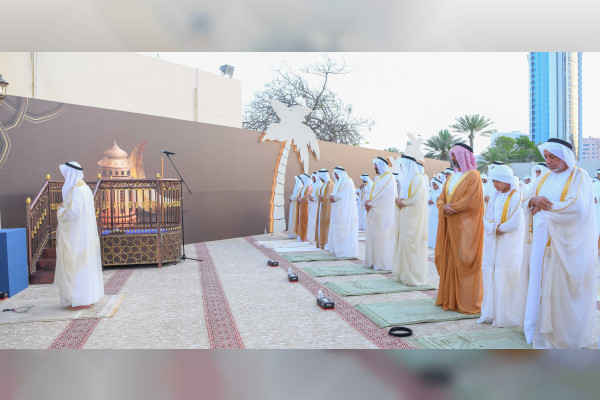 Performing the prayer along with Sheikh Ammar were a number of sheikhs, top officials, citizens and residents in Ajman.

The sermon, delivered by Sheikh Abdullah Al Ansari, stressed the greatness of the day and the compassion and tolerance it should reflect.

He asked Allah Almighty to rest the souls of the late Sheikh Zayed bin Sultan Al Nahyan and the founding rulers in eternal peace.

Al Ansari also prayed for the UAE martyrs to rest in Paradise.