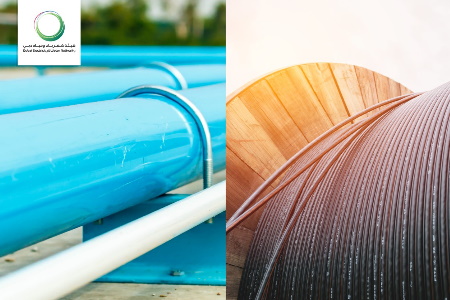 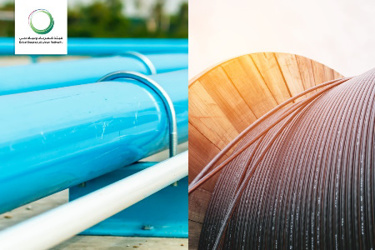 Dubai Electricity and Water Authority (DEWA) announced that the total length of transmission and distribution electricity lines has reached 41,930 kilometres and the water transmission and distribution lines has reached 13,592 kilometres across Dubai by the end of 2021. This contributes to meeting the growing demand for electricity and water in Dubai and ensures providing DEWA’s services for more than 3.5 million people in Dubai as well as millions of visitors. This is according to the highest standards of efficiency, quality, and availability.

“We work according to the vision of His Highness Sheikh Mohammed bin Rashid Al Maktoum, Vice President and Prime Minister of the UAE and Ruler of Dubai to provide a robust and state-of-the-art infrastructure according to the highest international standards to keep pace with sustainable development needs in Dubai. This is through identified and reliable plans that use the latest Future Shaping projects. DEWA’s current capacity has reached 13,417 MW of electricity and 490 MIGD of water, including 63 MIGD using Reverse Osmosis (RO). RO water production capacity is expected to reach 303 MIGD by 2030, which would raise the total water production capacity to 730MIGD,” said HE Saeed Mohammed Al Tayer, MD & CEO of DEWA.

Al Tayer noted that DEWA has an integrated vision to ensure the security and sustainability of water and energy. This includes three main pillars: The first is providing 100% of the energy production capacity in Dubai from clean energy sources by 2050. The second is to decouple the desalination process from the production of electricity, and desalinate water using solar energy. DEWA aims to produce 100% desalinated water by 2030 using a combination of clean energy sources and waste heat. The Third is disrupting the role of utilities by digitisation. This is through Digital DEWA, its digital arm, to make DEWA the first digital utility in the world using autonomous systems for renewable energy and storage while expanding the use of AI and digital services.

To achieve the Dubai Clean Energy Strategy 2050 and the Dubai Net Zero Emissions Strategy 2050, DEWA has several mega projects, including the Mohammed bin Rashid Al Maktoum Solar Park. It is the largest single-site solar park in the world, based on the Independent Power Producer (IPP) model, with a production capacity of 5,000 megawatts (MW) by 2030; the hydroelectric power plant in Hatta; and the Green Hydrogen project, the first of its kind in the MENA region.

DEWA’s results surpass major European and American utilities in several indicators. In 2021, losses from electricity transmission and distribution networks were 3.3% compared to around 6-7% in Europe and the USA. Water network losses were also reduced to 5.3% compared to about 15% in North America. DEWA increased the efficiency of fuel and production units by 90%, which is among the highest percentage worldwide. DEWA recorded the lowest Customer Minutes Lost (CML) globally at 1.43 CML in 2021, compared to 15 minutes in the EU.

88% Consumers To Pay More For A ‘Great Brand Experience’