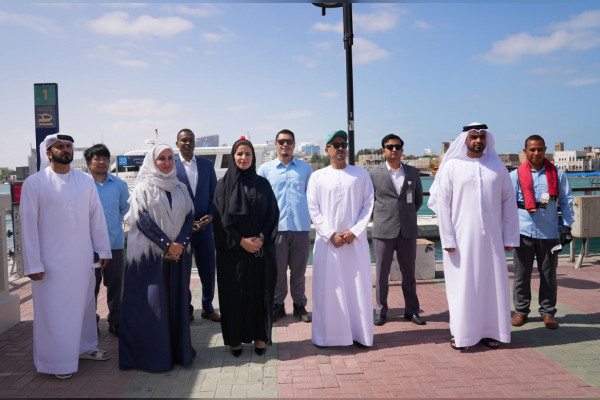 DUBAI, 22nd March, 2022 (WAM) — Dubai Municipality has announced the completion of a first-of-its-kind hydrographic survey of the territorial waters of the emirate conducted to generate comprehensive marine data in accordance with the specifications of the International Hydrographic Organisation.

The results of the survey were reviewed by Dawoud Al Hajri, Director-General of Dubai Municipality. The survey is part of the Municipality’s efforts to support the development of major world-class marine infrastructure projects launched by the UAE.

Al Hajri was briefed on the advanced marine survey boat used for the project, the first vessel of its kind deployed in the country to carry out comprehensive hydrographic and geophysical surveys of deep layers of the sea floor across marine areas of Dubai. The survey covered not only Dubai’s coastline and its entire territorial waters but also parts of international waters bordering it. The boat, with an operational capacity of 72 continuous sailing hours, contains integrated state-of-the-art monitoring systems.

The project aims to develop nautical charts according to the specifications of the International Hydrographic Organisation, in addition to providing hydrographic data with international specifications. With the completion of the project, Dubai Municipality is set to become the first government department in the country to provide this global service by producing and updating nautical charts for associated marine vessels, in addition to generating marine infrastructure data on the emirate of Dubai that will be used for strategic planning and early warning systems for emergencies and crises.

Bathymetric data is considered the basis for marine infrastructure, and its uses include the production of nautical charts, demarcation of marine borders, the establishment and development of ports, protection of the marine environment, marine security and safety, support for the marine economy, planning and development of coasts, support for early warning and emergency systems, and other activities related to the sea.

The data obtained enables Dubai Municipality to develop electronic nautical charts that will help ensure the safety of maritime navigation, develop smart coastal navigation systems and special bathymetry charts. The completion of the project makes Dubai the first emirate in the country to conduct a hydrographic survey covering all its marine areas.

Through the project, Dubai Municipality seeks to provide high-quality accurate marine data that enhances its marine infrastructure and raises its global competitiveness as a maritime destination. The project also enables the organisation to obtain global accreditation from the International Hydrographic Organisation and the International Maritime Organisation for the production of nautical charts, which will make Dubai Municipality the official body for developing and providing nautical charts services in the emirate.