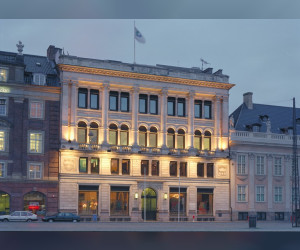 COPENHAGEN, 3rd February, 2022 (WAM) — Extreme weather events like storms, heatwaves and flooding accounted for economic losses of around half a trillion euros over the past 40 years, which led to 85,000 and 145,000 human fatalities across Europe, according to the European Environment Agency (EEA).

The assessment covers the period from 1980-2020 and 32 EEA member countries (including all 27 EU Member States, plus Norway, Switzerland, Turkey, Iceland and the United Kingdom).

Less than one-third of these losses were insured, according to a EEA analysis of economic losses and fatalities from weather and climate-related events published on Wednesday.

According to the EEA briefing around 3 percent of all such events were responsible for 60 percent of the losses.

Europe is facing economic losses and fatalities from weather and climate extremes every year and in all regions of Europe. The EEA assessment found that the economic impact of these events varies considerably across countries.

For EEA member countries, total economic losses from weather- and climate-related events amounted to between EUR450 and EUR520 billion (in 2020 euros), for the 1980-2020 period.

The highest economic losses in 1980-2020 were registered in Germany, followed by France, then Italy.

Around 23 percent of total losses were insured, although this also varied considerably among countries, from 1 percent in Romania and Lithuania to 56 percent in Denmark and 55 percent in the Netherlands (based on CATDAT data).

The assessment also found that the overwhelming number of fatalities more than 85 percent in the 40 years was due to heatwaves. According to the data, the heatwave of 2003 caused most fatalities, representing between 50 and 75 percent of all fatalities from weather and climate-related events over the last four decades.

Similar heatwaves after 2003 caused significantly lower fatalities, as adaptation measures were taken in different countries and by different actors.