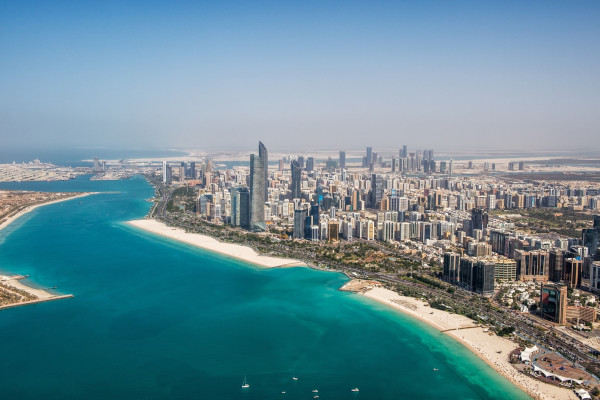 ABU DHABI, 1st April, 2022 (WAM) — The Environment Agency – Abu Dhabi (EAD) today launched the Abu Dhabi Environmental Centennial 2071, a shared, comprehensive environmental vision for the Emirate for the next 50 years, and its commitment to make Abu Dhabi the world’s best in environmental conservation.

The Centennial is aligned with the UAE’s government’s goal to be the best country in the world by its 100th anniversary in 2071.

The Environmental Centennial 2071 was developed with the aim of taking an active part in achieving the leadership’s vision for the next 50 years. It reinforces Abu Dhabi’s global position in environmental conservation by setting future visions, goals and plans that align with the future global megatrends and the UAE’s long-term visions, as well as future pressures, goals, and practices.

EAD has partnered with eight government agencies to help develop the Environmental Centennial 2071, in alignment with key sectors in the Emirate. These partnerships link environmental conservation efforts with the economy and investment opportunities through advanced technologies and sciences, setting a framework that enables vital sectors to realise common environmental trends which make Abu Dhabi the world’s leader in environmental protection.

To understand the aspirations of the UAE people, EAD ran a public poll; and captured more than 1,000 ideas that represented one of the Centennial’s key pillars, and involved the public, private and academic sectors in the process to reflect various expertise and fields.

Marking the occasion, Dr. Shaikha Salem Al Dhaheri, Secretary-General of EAD, said, “EAD realised that with the prospected acceleration in technological advancement and development, along with the increasing risks of climate change and the impact of global megatrends on the world’s population, it is important to develop a shared, integrated and flexible vision that leads future efforts so the next generations can enjoy nature and green development.

“During the development of the Environmental Centennial 2071, we relied on scientific foundations and adopted a participatory approach that led us to prominent government partners who showed the highest levels of dedication and teamwork to achieve a better future. We also received motivation and inspiration from our people who did not hesitate to join our journey.”

Al Dhaheri explained, “The Centennial draws three key pathways that support the green transformation, with a total of 12 pillars, 33 goals, and 76 future programmes. The Environmental Centennial 2071 has been designed based on the future megatrends. These are acknowledged as they exceed short-term goals, while visions, goals, and programmes which are intended to frame the next 50 years of Abu Dhabi’s environment, achieve long-term UAE ambitions, Abu Dhabi government directions and foundational strategies.”

The Environmental Centennial 2071 lays out three pathways to lead a greener era, with the first pathway being a “vibrant emirate, thriving in nature”. It also includes four pillars describing the ambitions of conserving Abu Dhabi’s environment, its natural resources, and ecosystems within advanced frameworks to ensure a healthy environment for all, and to ensure Abu Dhabi is the most advanced city in terms of environmental health. This is all in accordance with comprehensive frameworks and plans by 2071 – which marks the UAE’s centennial.

The second pathway, “green force resilient to climate change” also includes four pillars to achieve excellence in climate action, so Abu Dhabi can become resilient and proactive in addressing climate change. This is in addition to adopting various renewable energies to transform into a low carbon fleet and consolidating the concept of a circular economy toward the closed loop with no waste. This follows a green economy approach that competes with the best economies in the world while integrating natural capital and converting to green infrastructure.

The four pillars of the third pathway, “enablers for future environmental leadership,” focus on the common enablers across all other pillars of the centennial. These are to take the lead on shaping the future, becoming a pioneer in environmental conservation, creating positive change, and developing an extended vision for future generations. This will be achieved through the swift and wise adoption of green policies and regulations, non-traditional environmental education, and awareness programmes and green solutions in future government work.

The Centennial has been built according to the future global megatrends, as they go beyond short and long-term trends, and reflect the solutions to these trends through its future programmes with integrated dimensions and a clear perspective.

Examples of global megatrends taken into consideration when developing the Centennial include: – The world’s population will reach 10.6 billion in 2071, an increase of more than 25 percent which adds further pressure on natural and food resources.

– The size of the global economy is expected to be four times larger than today, which will requires 80 percent additional energy output, if no action is taken on current consumption.

– Global water demand is expected to increase by more than 55 percent, driven by increased manufacturing, thermal generation of electricity and domestic use.

– Life expectancy is predicted to increase, and more than a quarter of OECD countries’ populations will be over 65 years old.

– Desertification will intensify, leading to the displacement of more than 135 million people by the end of the 2050s.

– Total food production is expected to increase by 70 percent by 2050.

– Plastics in our oceans will outweigh marine animal populations, with more than 900 million tonnes of plastic expected to be in our seas by 2050.