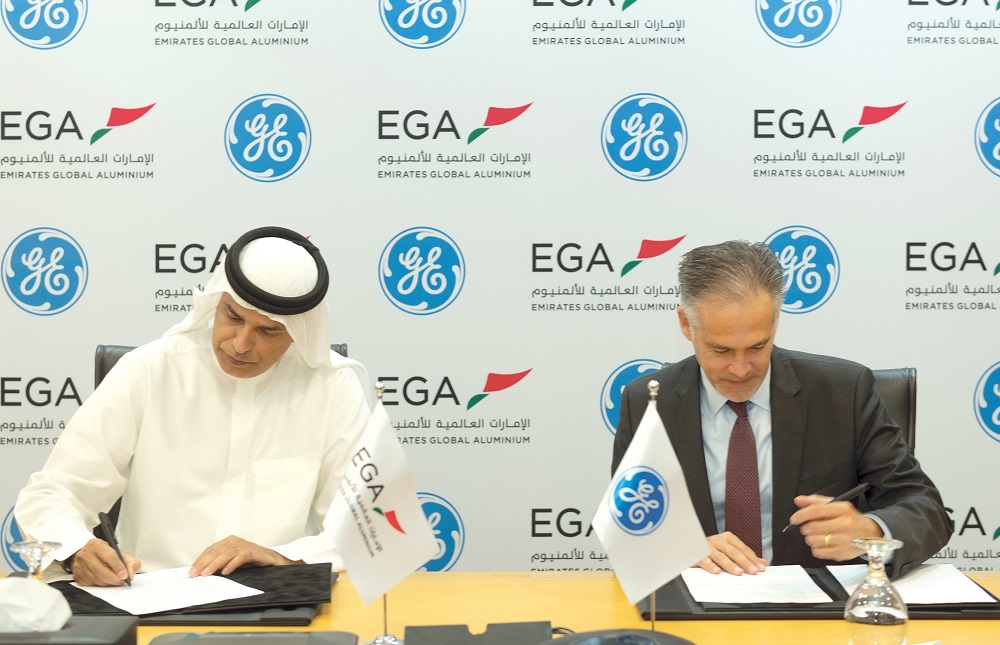 Work expected to reduce greenhouse gas emissions by up to 74 thousand tonnes annually for the same amount of power generated, contributing to the UAE Net Zero by 2050 Strategic Initiative.

GE’s Advanced Gas Path (AGP) upgrade on the four 9F gas turbines will include hardware and software improvements to drive operational flexibility and increase output, efficiency and availability. This is the first time the technology will be applied to F-class gas turbines in the UAE, after it was successfully implemented on six smaller E-class turbines in the country. GE will also implement the “Live Outage” concept for the first time globally on its 9F fleet. A new approach to outages, Live Outage is a digitised platform that replaces the paper-based approach, reducing the risk of mistakes or rework, and speeding up the outage process for customers.

Once the work is complete, power output from the four turbines is expected to increase by up to 72 megawatts (MW) for the same amount of fuel consumed. For the previous power output of 920 MW, greenhouse gas emissions will be reduced by up to 74 thousand tonnes annually, the equivalent of removing more than 16 thousand cars from the UAE’s roads.

Abdulnasser Bin Kalban, Chief Executive Officer of EGA, said, “At EGA, we are committed to embedding sustainability in everything we do. This includes improving the efficiency of our current captive natural gas-fired electricity generation fleet even though we plan to divest these assets and instead source the power we need from the grid. We are pleased to work with GE to further upgrade the Al Taweelah power plant, and contribute to reducing the carbon intensity of electricity generation in the UAE.”

Joseph Anis, President & CEO of GE Gas Power Europe, Middle East and Africa, said, “We are honoured to collaborate with EGA to further enhance the performance of the Al Taweelah power plant. Billions of dollars have been invested in the existing installed base of gas power generation assets in the UAE and around the world. This equipment often has lifespans of 20-40 years and will not all simply be retired. However, upgrade solutions such as the AGP offer a practical means to reduce the carbon footprint of the installed base in as little time as a few months. They also enable gas infrastructure to continue to play a critical role in the energy transition by complementing variable renewable energy resources with reliable, flexible, on demand power that can help with grid stabilisation.”

Under the service agreement, GE will provide repairs, maintenance and parts for ten 9F gas turbines, ten generators and other equipment at the plant. The collaboration represents a continuation of the services that GE has already been providing at the site since production began in 2009.

EGA is the world’s biggest ‘premium aluminium’ producer and the company’s metal is the largest made-in-the-UAE export after oil and gas. EGA currently has captive power plants at both Jebel Ali and Al Taweelah to meet its electricity needs and is the biggest electricity generator in the UAE after the Dubai and Abu Dhabi utilities.

Today, up to 300 GE-built units support generation of up to 40 percent of the UAE’s power. The company’s investments in the country include GE’s Jebel Ali Service Center in Dubai, which provides state-of-the-art maintenance, testing and repairs solutions for generators and gas turbines and is the only facility of its kind across the Middle East and North Africa. EGA and GE also recently announced that they would develop a roadmap to reduce greenhouse gas emissions from the operation of EGA’s existing GE natural gas turbines by exploring hydrogen as a fuel, as well as carbon capture, utilisation and storage solutions.