Emirates Motor Company, the authorized general distributor for Mercedes-Benz in the Emirate of Abu Dhabi, showcased an exciting preview of the all-electric version of the legendary all-terrain model series: the Concept EQG. On display for the first time in the Middle East, car enthusiasts caught a glimpse of the concept car at the Yas Marina Circuit during the 2022 Abu Dhabi Grand Prix before it went on display at a private showcase in the Emirates Motor Company showroom until November 24th. 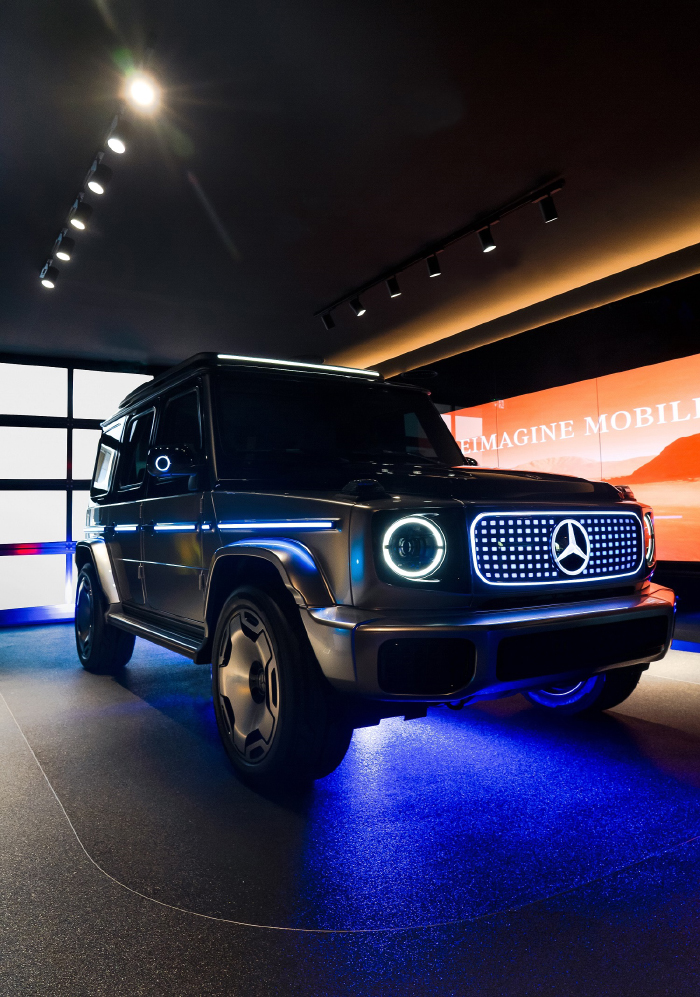 “It is a great privilege for Emirates Motor Company to have showcased a concept Mercedes-Benz for the very first time in the Middle East. This exciting model represents the future of Mercedes-Benz, as we work on providing our customers with an ever-wider range of Electric Vehicles,” said Ahmed Abdul Jalil Al Fahim, Chairman of Al Fahim Group.

With the Concept EQG, Mercedes-Benz presents the near-production study of an all-electric model variant of its utilitarian off-road icon. Visually, the concept car combines the unmistakably striking look of the G-Class, with selected design elements typical of all-electric models from Mercedes as contrasting highlights. The 4×4 qualities of the “G”, which have always set the highest standard, will not only find their way into the age of electric mobility, but will be developed even further in some areas. The Concept EQG thus offers a promising preview of what a Mercedes-Benz G-Class with battery-electric drive will be capable of.

The front view of the Concept EQG looks familiar, not least because of the typical round headlights. Instead of a radiator grille, as on the conventionally powered model versions, this all-electric variant features a continuous deep black radiator grille. In this Black Panel Grille, the illuminated star with 3D effect sets a striking accent. Around it, the animated pattern of “round squares” (squircle pattern) in the familiar blue of the Mercedes-EQ models creates a visual link. An all-round illuminated band wraps the Black Panel, which, alongside the white illuminated circles in the exterior mirror housings, complements the daytime running light graphic of the headlights.

The Concept EQG rides on 22-inch polished aluminium alloy wheels in an exclusive design. Instead of the usual spare wheel cover, there is a lockable box with white illuminated accents on the rear door, whose design is reminiscent of a wallbox. This could be used, for example, to store the charging cable within easy reach.

“The G-Class continues to be one of the best-selling models for Mercedes-Benz and Emirates Motor Company, and we are excited to be on the way to bringing the model into the future for our customers with the concept electrified model,” saidMohammad Ghazi Al Momani, General Manager of Emirates Motor Company. 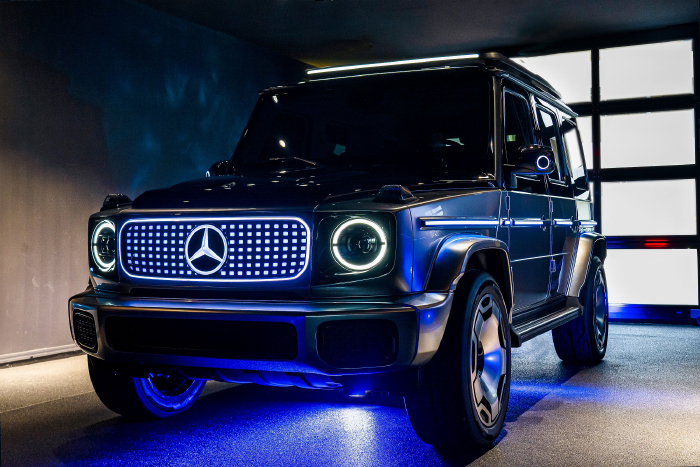 The Middle Eastâs Largest Mindful Event, Mindvalley Live Dubai, Is Coming to the UAE in 2023