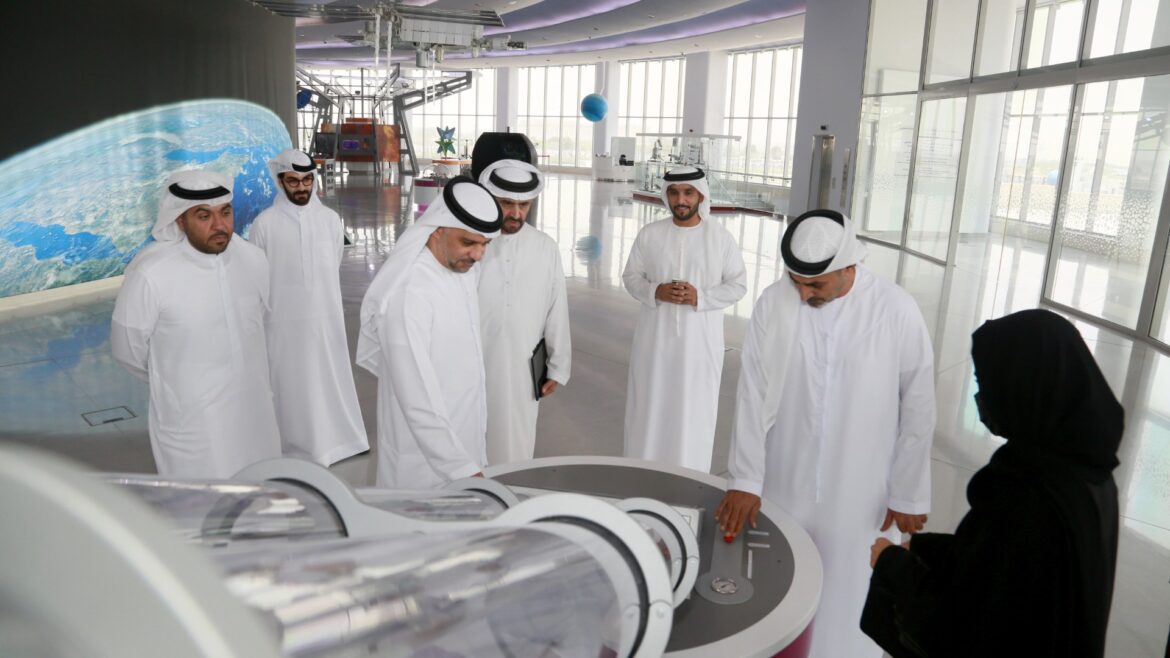 Sharjah, June 22 / WAM / Sharjah Academy of Astronomy and Space Science and Technology of the University of Sharjah and a delegation from the Ministry of Defense discussed the exchange of scientific and knowledge experiences in programs and research as part of their eagerness to develop their relations with local institutions.

Dr. Muammar Beltayeb, Vice President of the University of Scientific Research and Graduate Studies, emphasized during his meeting with the delegation that the University of Sharjah has made great progress in recent years in various scientific and research fields and has made remarkable progress at regional and international level. universities.

Dr. Elias Fernini, Deputy Director – General for Research and Scientific Projects, confirmed that the academy includes a number of research teams working in various disciplines in space science, astronomy, laboratories and research projects, through which the academy works to publish and publish scientific research and articles. in various international scientific journals and journals.

The visit of the Ministry of Defense’s delegation included the academy’s facilities and facilities simulating astronomy and the universe, and was briefed on its groundbreaking achievements in the region with a presentation of the new future strategic plans and projects in which it operates.

The meeting was attended by Dr. Ahmed Al-Shammaa, Dean of the College of Engineering, Marwan Shweiki, Deputy Director-General for Planetarium and Science Exhibition Affairs, a number of research assistants and trainees in the various departments of the Academy, as well as as members of the visiting delegation.

A research collaboration between “Trends” and “Baghdad Corridor”