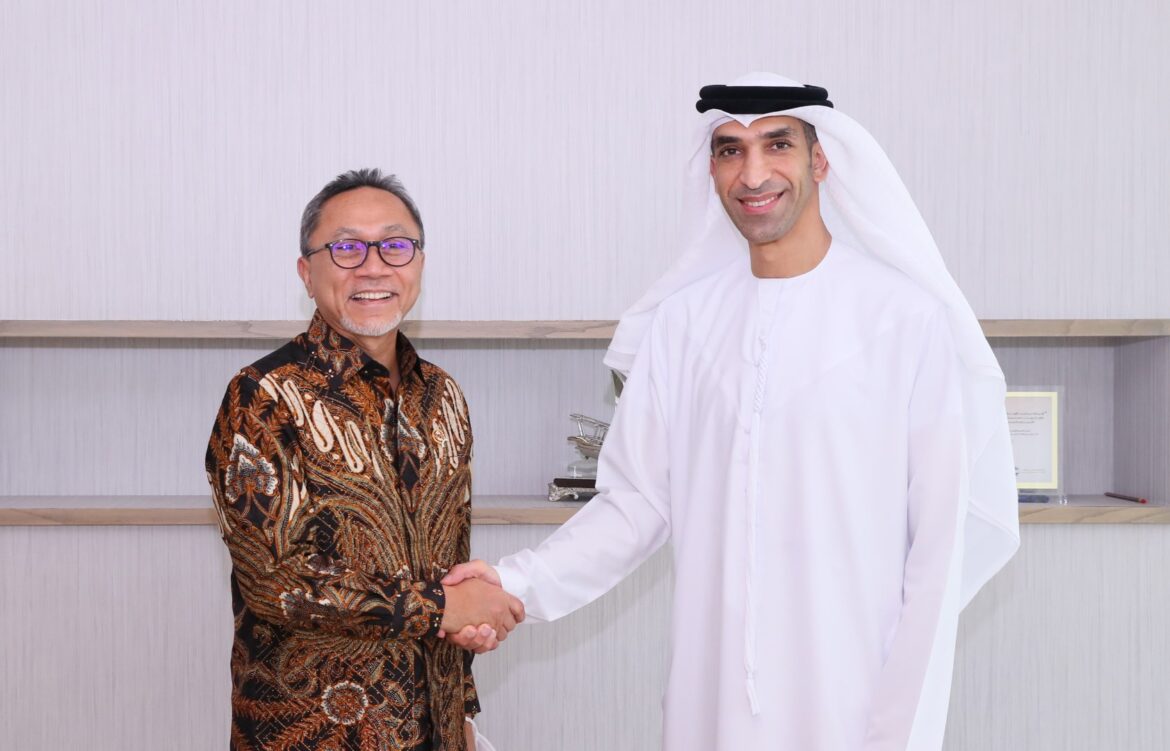 During their meeting at the Ministry of Economy in Dubai, in the presence of His Excellency Abdullah Salem Al Dhaheri, Ambassador of the United Arab Emirates to the Republic of Indonesia, and a number of senior officials from both sides, the two ministers reviewed the terms of the agreement. interests Articles of the agreement in a way that stimulates common economic growth.

His Excellency Thani Al Zeyoudi welcomed Zulkifli Hassan and congratulated him on his recent takeover. He also thanked the two negotiating teams from the two countries for their fruitful efforts to reach a comprehensive Economic Partnership Agreement between the UAE and Indonesia.

His Excellency Al Zeyoudi expressed his ambition for more strategic partnership relations under the umbrella of the historic agreement that culminates more than 46 years of friendship and constructive cooperation between the two countries.

His Excellency Thani Al Zeyoudi said trade relations between the United Arab Emirates and Indonesia are booming, as reflected in the non-oil interregional trade data, which amounted to $ 3 billion in 2021, a 62 percent increase over 2020 compared to 17 percent in 2019, and the trade flow is witnessing an upward trend. In the first quarter of 2022, total non-oil interregional trade amounted to $ 900 million, an increase of 44 percent over the same period in 2021.

In return, His Excellency Zulkifli Hassan expressed his gratitude to the UAE for the warm reception and hospitality and stressed that trade relations between the United Arab Emirates and Indonesia are becoming stronger, especially with their conclusion of the Comprehensive Economic Partnership Agreement.

He pointed out that the Comprehensive Economic Partnership Agreement with the United Arab Emirates is the first signed by his country in the region, and expressed his optimism that it will contribute to the consolidation of constructive cooperation between the two countries in order to achieve their common interests, especially in the light of the current challenges in the global economy.

It is worth noting that the Comprehensive Economic Partnership Agreement concluded by the UAE and Indonesia is based on more than 46 years of strong bilateral relations between the two countries and establishes an ambitious partnership that creates new opportunities and stimulates investment in priority sectors, and contributes to accelerate the recovery of the global economy, especially as the two countries have long-standing relations and history. Strong trade based on the two countries’ location at the crossroads between regional trade routes, and the agreement reflects the many common interests, values ​​and aspirations of the two countries.