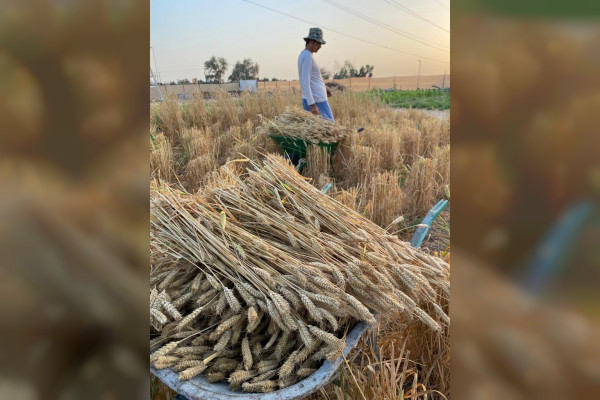 ABU DHABI, 27th June, 2022 (WAM) — “Emirates Wheat”, which was launched in 2017, is one of the leading initiatives in the agriculture sector and involves 170 farms, representing most of the national efforts to achieve food security by producing over 80 tonnes of wheat.

The national initiative, headed by farmer Humaid Obaid Al Zaabi, aims to boost the country’s wheat production, especially in unexploited areas and has proven successful in increasing strategic yield during an annual period from November to March.

It also has an irrigation process that happens three to four times per week, therefore, rationalising water consumption.

In an interview with the Emirates News Agency (WAM), Al Zaabi said the future of wheat cultivation in the UAE is promising, noting that the initiative aims to attract many farmers to support the country’s efforts to achieve food security.

He also highlighted the need to change the wheat production culture of the country, which has the required capacity to produce the crop, as well as the global importance of wheat.

The UAE has large areas suitable for agriculture, with the availability of modern irrigation networks and organic fertilisers without chemicals, Al Zaabi added. Within one year, the number of farms participating in the initiative increased from 145 to 170, and their volume of production reached about 80 tonnes compared with 50 tonnes last year, which indicates significant progress.

According to the Ministry of Economy’s statistics, the UAE imported wheat worth AED1.3 billion last year.