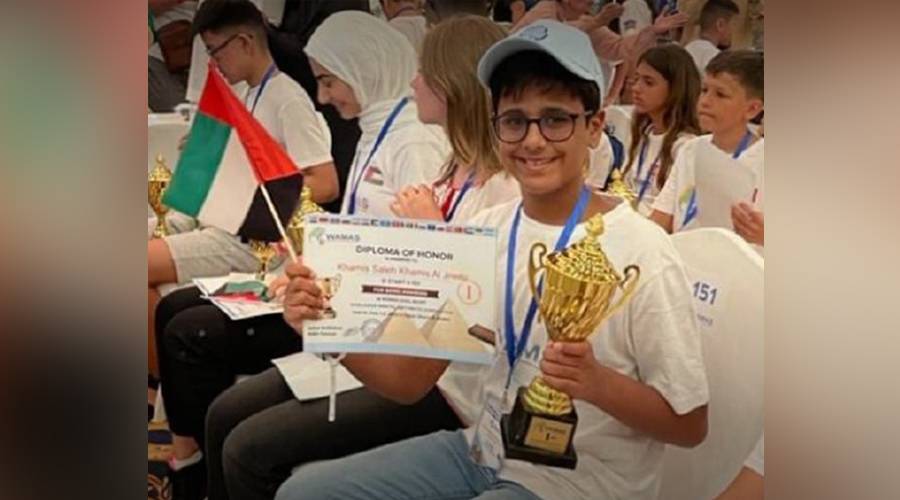 The student’s father, Khamis Al-Junaibi, in turn, dedicated his son’s victory to the United Arab Emirates and its leadership, expressing his joy at his son’s remarkable success and superiority in the International Mathematical Olympiad, and emphasizing the importance of parents following up on their children and to discover their skills and work on developing them, to advance in their educational journey, thank the Center “Children of Genius” in Abu Dhabi for their support of his son.

Through its Twitter account, the Emirates Foundation for School Education congratulated on this victory and tweeted: “We congratulate student Khamis Saleh Al-Junaibi, a seventh grader at Saad bin Moaz School, H2-Abu Dhabi, for being ranked first in the International Mathematical Olympiad, held in Egypt, outperforms students from 19 participating countries.