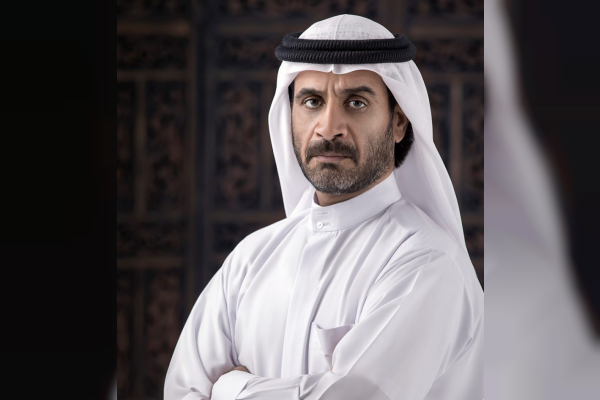 DUBAI, 3rd May, 2022 (WAM) — Abdullah Hamdan bin Dalmook, CEO of the Hamdan bin Mohammed Heritage Centre, has said that cultural heritage remains strongly present in Emirati society despite the amazing development seen by the Emirate of Dubai. He attributed this to the social lifestyle of the people of Dubai that helped preserve its heritage.

In an interview with the Emirates News Agency (WAM), Abdullah bin Dalmook stressed that despite the significant and fast-paced urban and technological developments witnessed by the country over the last decade, the relationship between the people and the leadership is so unique, similar to that of a father and his family.

He then highlighted the process of distributing land to citizens, noting that locals are given priority, meaning that Emirati families have lived in the same areas for more than 300 years. In addition, the government is keen to preserve family clusters, which has helped maintain societal cohesion and preserve identity and family traditions, he added.

The UAE’s leadership provides for the needs of citizens through official channels, and the idea of distributing land is aimed at preserving the heritage and supporting continuation of certain traditional practices, such as raising livestock, horses or camels, he explained.

Bin Dalmook stated that Emirati heritage comprises four main heritage symbols, namely the dhow, the camel, the palm tree and livestock. Citizens may choose to practice one of these hobbies, such as fishing, in which case the government offers fishermen a wide range of incentives to support this profession.

He underscored the competitions that continue to be held in this regard, noting that, in 2022, H.H. Sheikh Hamdan bin Mohammed bin Rashid Al Maktoum, Crown Prince of Dubai and Chairman of Dubai Executive Council, ordered that youth events be organised to ensure the UAE’s heritage lives on.

The UAE’s leadership has allocated horse stables, camel ranches and areas to practice other related sports, such as falconry, to help safeguard the UAE’s cultural heritage.

Speaking about the Eid Al Fitr celebrations, Bin Dalmook highlighted key features of Emirati celebrations, which include wearing new clothes, visiting family and friends, and having coffee with family members, among many other traditions.

The Hamdan bin Mohammed Heritage Centre plays a crucial role in preserving heritage by organising various activities on religious occasions and through its online presence on social media, with the centre incorporating six different departments responsible for organising events and competitions. It organises events on UAE National Day, Eid Al Fitr, Eid Al Adha and during Ramadan, in addition to workshops, courses and desert camps for children during the spring break to teach them swimming, archery, horse and camel riding, and survival skills.

He also pointed out that the centre organises championships in archery, birding, climbing and diving for children aged between 9 and 11, with the Fazza Championship for Youlah being the most popular, which is broadcast live, and has expanded to include horse riding and archery.

The centre holds a variety of events and competitions aimed at preserving the heritage and publishes local heritage books and specialist radio stations for Emirati citizens, he further explained, adding that the radio station, launched in 2015, has impacted the local community considerably.

Seven years ago, there was not a single Emirati heritage account on social media, but now there are thousands, he stressed, affirming that the centre supports a wide range of entities and programmes aimed at reviving heritage and collecting accurate information.

Speaking about promoting Emirati heritage globally, Bin Dalmook highlighted the fact that the centre participates in relevant fairs, lectures, and conferences. In addition, it cooperated with the United Nations Educational, Scientific and Cultural Organisation (UNESCO) on several training courses and participated in Expo 2020 Dubai.

He added that the centre sent two camel convoys to Expo 2020 Dubai, which he described as promotional activities to showcase the UAE’s distinctive heritage worldwide.

“We are a peaceful community blessed with good ethics, and a passion to preserve our heritage and treat others with compassion and justice,” he said, in conclusion.