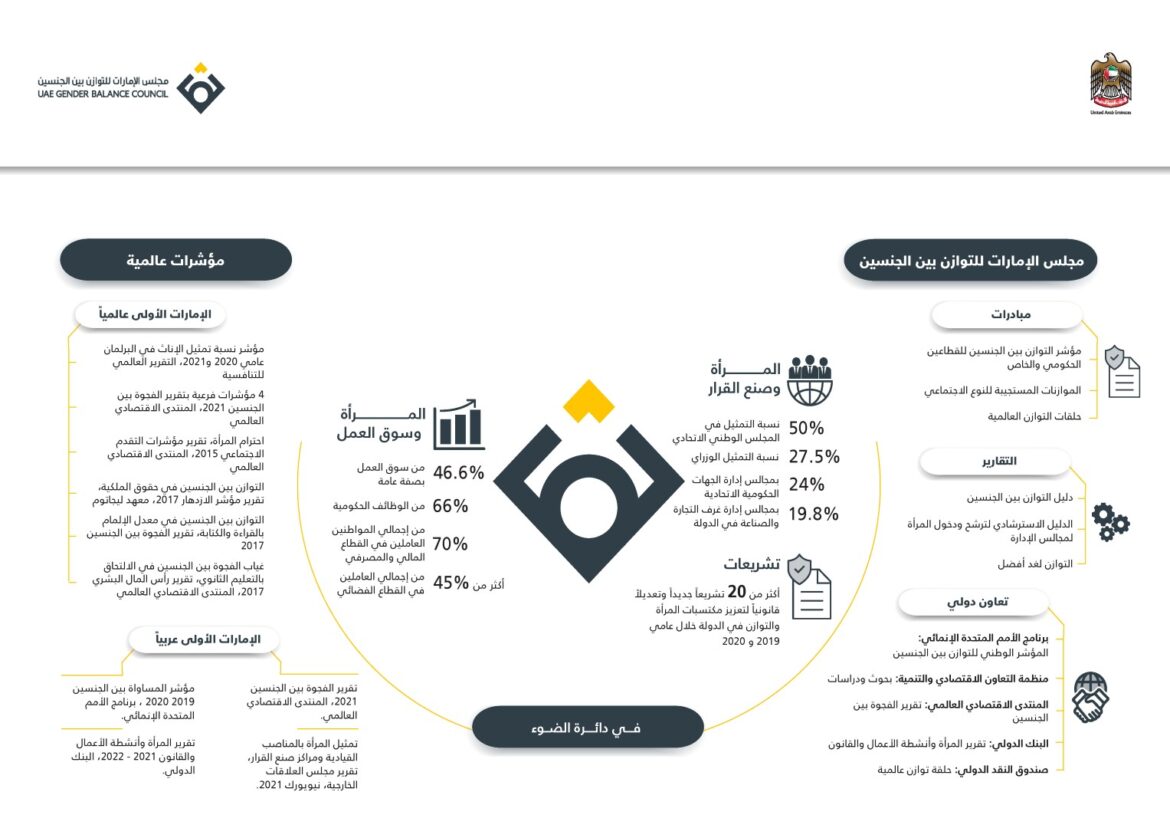 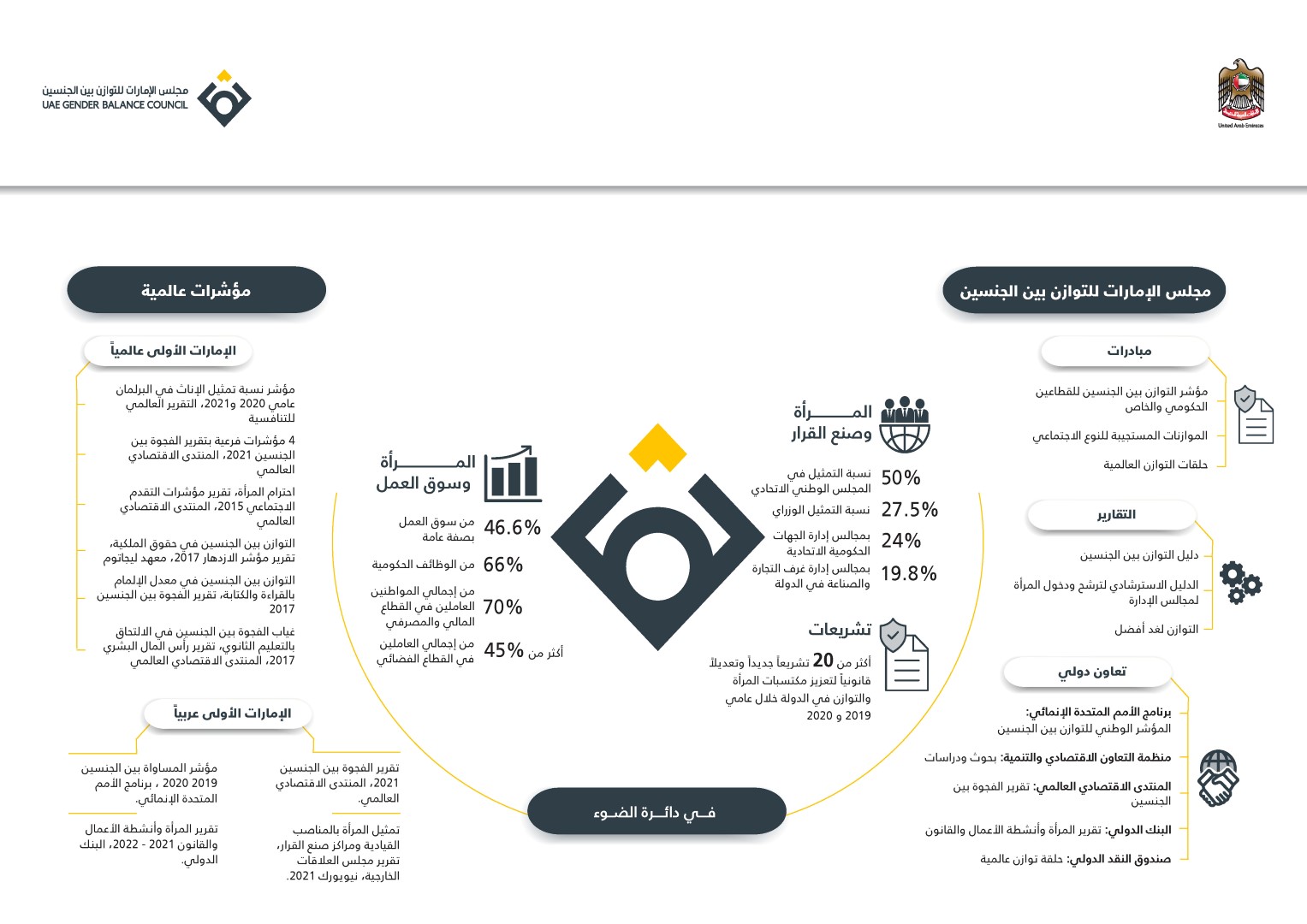 Sheikha Manal noted that the UAE Gender Balance Council has succeeded over the past five years in turning its objectives into tangible achievements in line with the vision and directives of His Highness Sheikh Mohammed bin Rashid Al Maktoum to make the UAE one of the world’s top 25 countries on the UNDP Human Development Report 2021 Gender Inequality Index.

Established in 2015, the UAE Gender Balance Council is a federal entity responsible for developing and implementing the gender balance agenda in the United Arab Emirates. Its objectives are to reduce the gender gap across all government sectors, enhance the UAE’s ranking in global competitiveness reports on gender equality and achieve gender balance in decision-making positions, as well as promote the UAE’s status as a benchmark for gender balance legislation. It also launches pioneering initiatives and projects to enhance gender balance throughout the country and contribute to achieving the Council’s vision of positioning the UAE as a world model for gender balance.