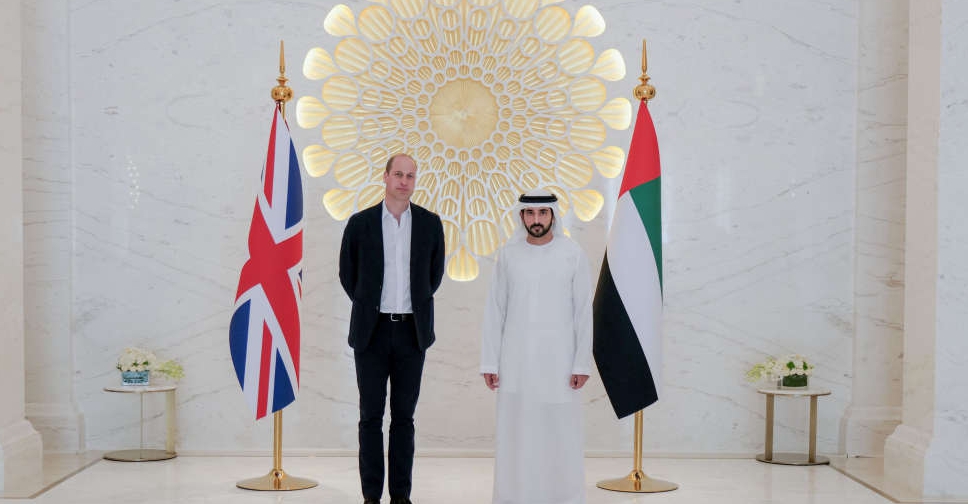 The Duke of Cambridge is visiting the UAE to participate in the UK’s national day celebrations at Expo.

Sheikh Hamdan highlighted the deep historical ties between the two countries and their shared desire to take bilateral relations to the next level.

He also praised Prince William’s contributions to global environmental preservation, and highlighted how the protection of the environment and the nation’s biodiversity is one of the UAE Government’s highest priorities.

The Crown Prince of Dubai said that the United for Wildlife initiative, launched by Prince William with the support of DP World, reflects Dubai and the UAE’s commitment to supporting international efforts to promote sustainability and combat climate change.

Sheikh Hamdan and Prince William discussed the UAE’s efforts to conserve its biodiversity, including the creation of nature reserves.

They also toured the UAE pavilion, which showcases the UAE’s culture and heritage and its sustainability initiatives.

The meeting was held in the presence of His Highness Sheikh Maktoum bin Mohammed bin Rashid Al Maktoum, Deputy Ruler of Dubai, Deputy Prime Minister and Minister of Finance.

It was also attended by His Highness Sheikh Ahmed bin Saeed Al Maktoum, President of the Dubai Civil Aviation Authority, Chairman and Chief Executive of Emirates Airline & Group and Chairman of the Expo 2020 Dubai Higher Committee, and a number of ministers and senior officials.

With Prince William, the Duke of Cambridge at Expo, where the world meets. The UAE and the United Kingdom have strong historical ties, today we discuss the future and the great promise it holds. @KensingtonRoyal pic.twitter.com/njcQfZWu36