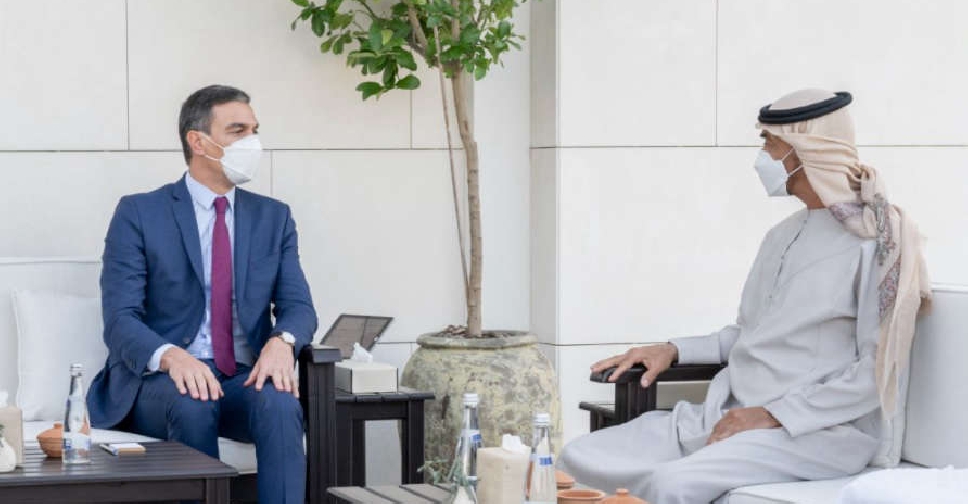 The leaders discussed the prospects of fostering relations and cooperation ties, especially in the economic and investment sectors.

They also reviewed a number of regional and international issues and developments of common concern and exchanged views on a number of topics of interest.

Sheikh Mohamed expressed his thanks and appreciation to the Spanish Prime Minister for his country’s stance towards the recent terrorist attacks on civil facilities and sites in the UAE and its solidarity with the Emirates.