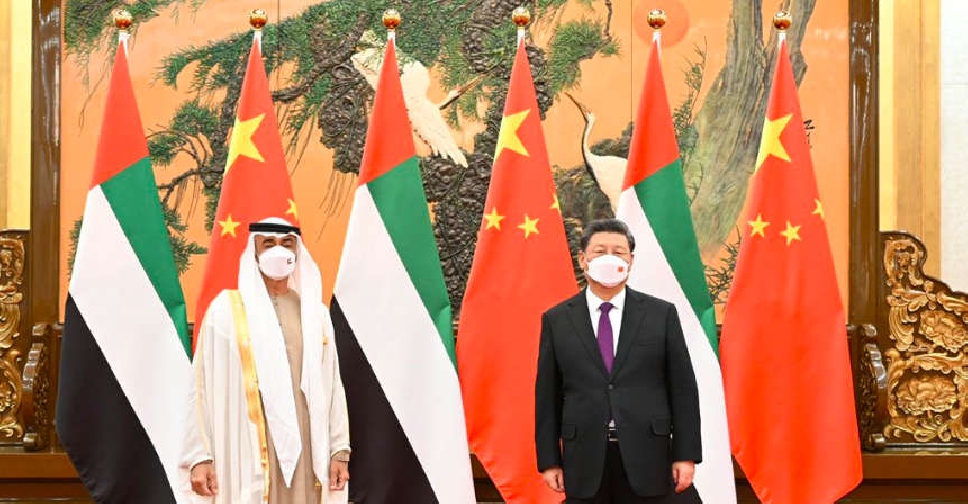 During the meeting in Beijing, the leaders also explored ways to increase cooperation in various fields, especially in investment and economy.

They discussed the latest regional and global issues, and stressed the need for peace and stability in the region.

Sheikh Mohamed, who had attended the opening ceremony of the Beijing 2022 Olympic Winter Games upon an invitation of the Chinese leader, commended the organisers for putting up a great show despite the challenges put forth by the pandemic.

He also congratulated Xi Jinping on the occasion of the Chinese New Year, and wished him and his country “a year of peace and prosperity”.

I had the pleasure of meeting with President Xi Jinping in Beijing today. We discussed the robust partnership between our two nations & ways to strengthen these growing ties. Our talks covered areas of mutual interest including ways to promote peace & stability in the Middle East pic.twitter.com/bGl4vSg9U3

Sheikh Mohammed also attended a grand banquet hosted by the Chinese leader at the Great Hall of the People.

MBRSC: From then to now

The Ultimate International Burger Day Experience with Umami Burger May 28