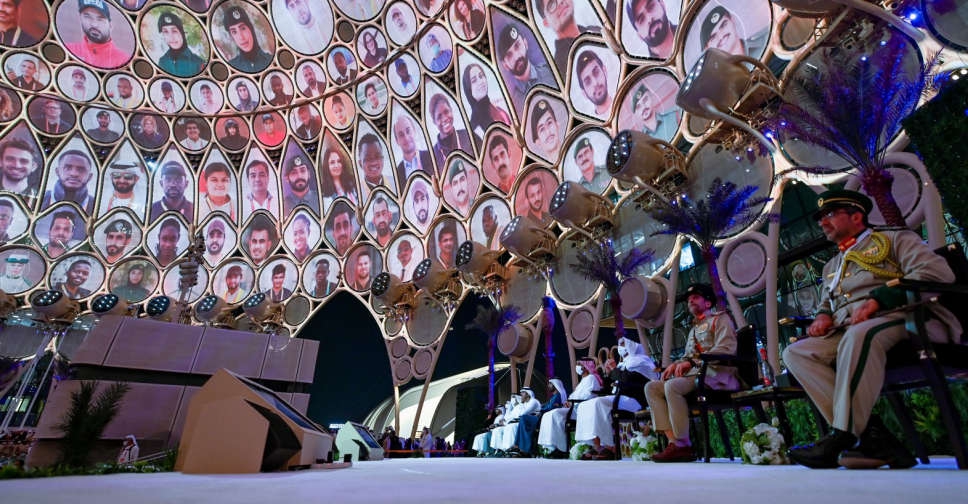 His Highness Sheikh Mohammed bin Rashid Al Maktoum, Vice President and Prime Minister of the UAE and the Ruler of Dubai, highlighted the crucial role police officers play in ensuring the safety and security of the country.

Held under the theme ‘Graduation of the Fiftieth’ in celebration of the UAE’s 50th anniversary, the ceremony was hosted under the umbrella of the Ministry of Interior, and organised by Dubai Police.

It featured the first military parade by female officers in the Middle East as well as other military performances set against the backdrop of dazzling light shows.

Sheikh Mohammed congratulated the graduates on the occasion and wished them success in serving their nation as members of the police force under the leadership of UAE President His Highness Sheikh Khalifa bin Zayed Al Nahyan, and His Highness Sheikh Mohamed bin Zayed Al Nahyan, Crown Prince of Abu Dhabi and Deputy Supreme Commander of the UAE Armed Forces, and Their Highnesses the Supreme Council Members and Rulers of the Emirates.

Sheikh Mohammed also commended the Ministry of Interior, headed by Lt. General Sheikh Saif bin Zayed Al Nahyan, Deputy Prime Minister and Minister of the Interior, for its efforts in maintaining the security and stability of the nation.