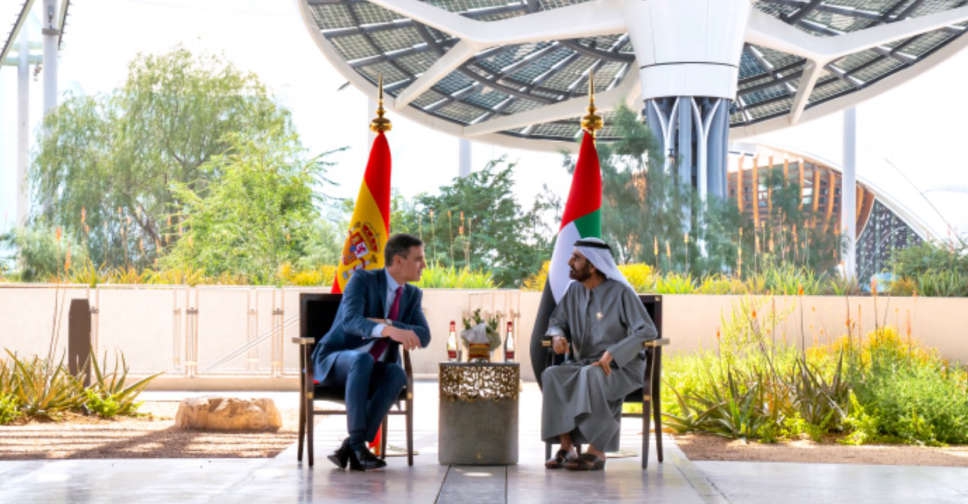 The meeting was held in the presence of His Highness Sheikh Maktoum bin Mohammed bin Rashid Al Maktoum, Deputy Ruler of Dubai, Deputy Prime Minister and Minister of Finance.

The discussion touched on the prospects of enhancing cooperation in various fields, especially business and investment.

Sheikh Mohammed commended the deep historical ties between the UAE and Spain, and the country’s keenness to further strengthen bilateral relations.

His Highness said that Spain’s participation in Expo 2020 provides an opportunity to explore prospects for expanding collaboration, mainly in economic and technological fields, as well as enhance cultural and knowledge exchange.

He also highlighted the UAE’s keenness to provide a conducive environment for investments as part of its economic approach that is based on openness, which is a key pillar of the UAE’s foreign policy.

Sanchez expressed Spain’s desire to further strengthen bilateral relations in the years ahead.

He also highlighted the positive and influential role played by the UAE both regionally and globally and praised its unique development model.

There are more than 200 Spanish companies operating across various sectors in the UAE.

The value of trade between the two countries exceed AED 7.7 billion.

.@HHShkMohd, accompanied by @MaktoumMohammed, meets with Prime Minister Pedro Sánchez of Spain at @expo2020dubai and discusses with him issues of common interest and ways of boosting cooperation between the #UAE and Spain in various sectors. pic.twitter.com/18UNXtntPo

Both leaders witnessed the signing of bilateral MoUs & agreements. pic.twitter.com/nHXybeU1Gr

Hussein Dajani wins CX Professional of the Year at the The Customer...