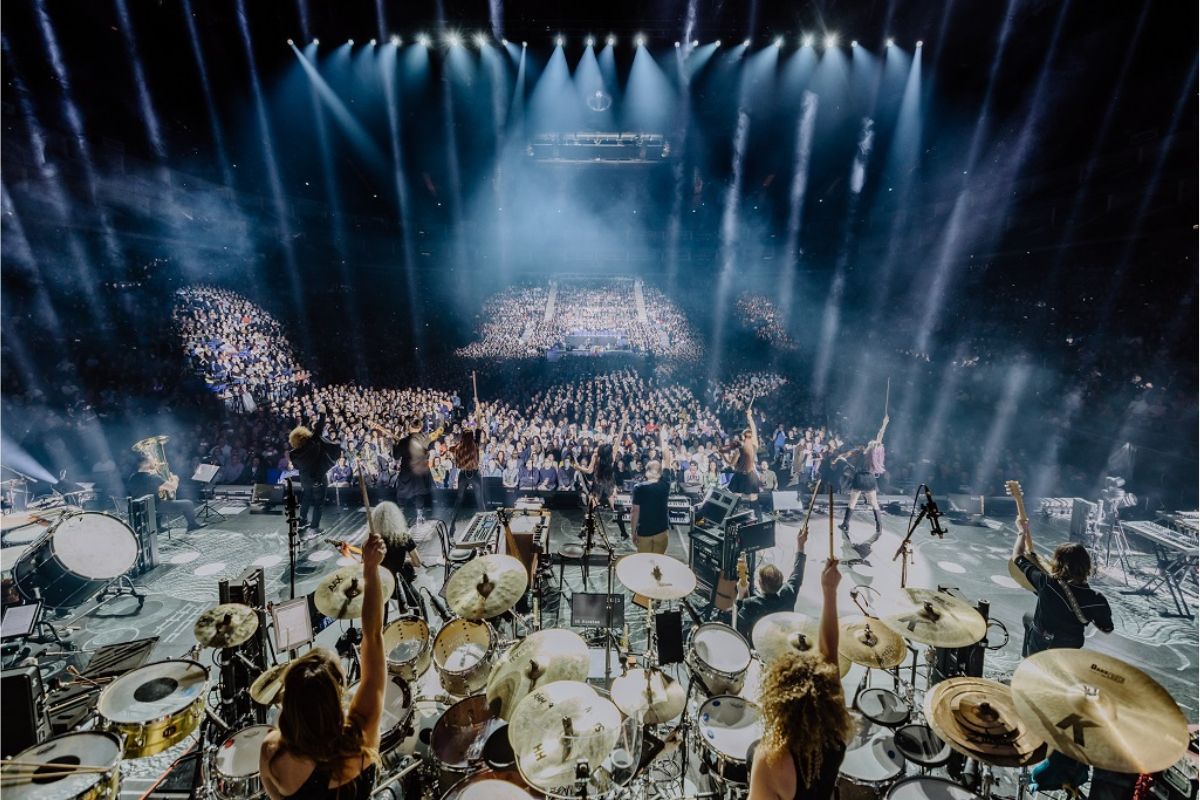 Hans Zimmer, the multiple Academy Award-winning, highly celebrated German composer responsible for some of the most listened-to soundtracks in the history of cinema, is bringing his new breathtaking European tour Hans Zimmer Live to Dubai in January 2023.

The Hans Zimmer Live show has been playing to sold-out audiences with newly arranged music from his most famous works, which includes hits from The Lion King, Gladiator, Pirates of the Caribbean, and Dune – the 2021 Academy Award-nominated science-fiction epic filmed in Abu Dhabi. And now, for the first time, fans in the Middle East will be able to experience this musical extravaganza.

The special one-off concert will take place at Dubai’s Coca-Cola Arena on Friday 27 January 2023 and will feature two and a half hours of new and reimagined arrangements from the Oscar-winning composer’s stellar back catalogue, all spectacularly recreated on stage by Zimmer himself, together with a large orchestra and complemented by Hans Zimmer’s magnificent live band and dancers.

Hans Zimmer Live is being brought to the United Arab Emirates by Dubai’s Department of Economy and Tourism (DET) as part of its Dubai Presents series and will be one of the closing shows of the Dubai Shopping Festival (DSF), which runs across the city from December 2022 to 29 January 2023.

“I’m thrilled to bring Hans Zimmer Live to Dubai for the very first time. As one of the world’s most exciting and dynamic cities that’s home to over 200 nationalities, this is a great opportunity to speak to a multicultural global audience in the universal language of music. It seems fitting to bring our show to such an extraordinary city, and treat its people to an unforgettable evening of music and entertainment!”

“Hans Zimmer is one of the all-time music greats and it’s an honour that Dubai will be the first place in the Middle East to host his renowned live show. Hosting this concert further reinforces Dubai’s position as a global events hub for award-winning international artists to perform and we will continue to work with our stakeholders to further enhance our event offerings in line with the vision of His Highness, Sheikh Mohammed bin Rashid Al Maktoum, UAE Vice President and Prime Minister and Ruler of Dubai, to make Dubai the best place in the world to live in and work. We very much look to welcoming Hans Zimmer and his orchestra to Dubai next January for what will be an incredible concert.”

“RCI Global and Executive Visions are proud to bring the Hans Zimmer Live concert to Dubai for the first time in the Middle East. Dubai, being at the crossroads of Europe, Asia and Africa, is the perfect destination to host a show that embodies the grandness of what this music extravaganza will showcase for local, regional and international audiences.”

Fans can secure their tickets at www.coca-cola-arena.com/ as of Friday 25 November