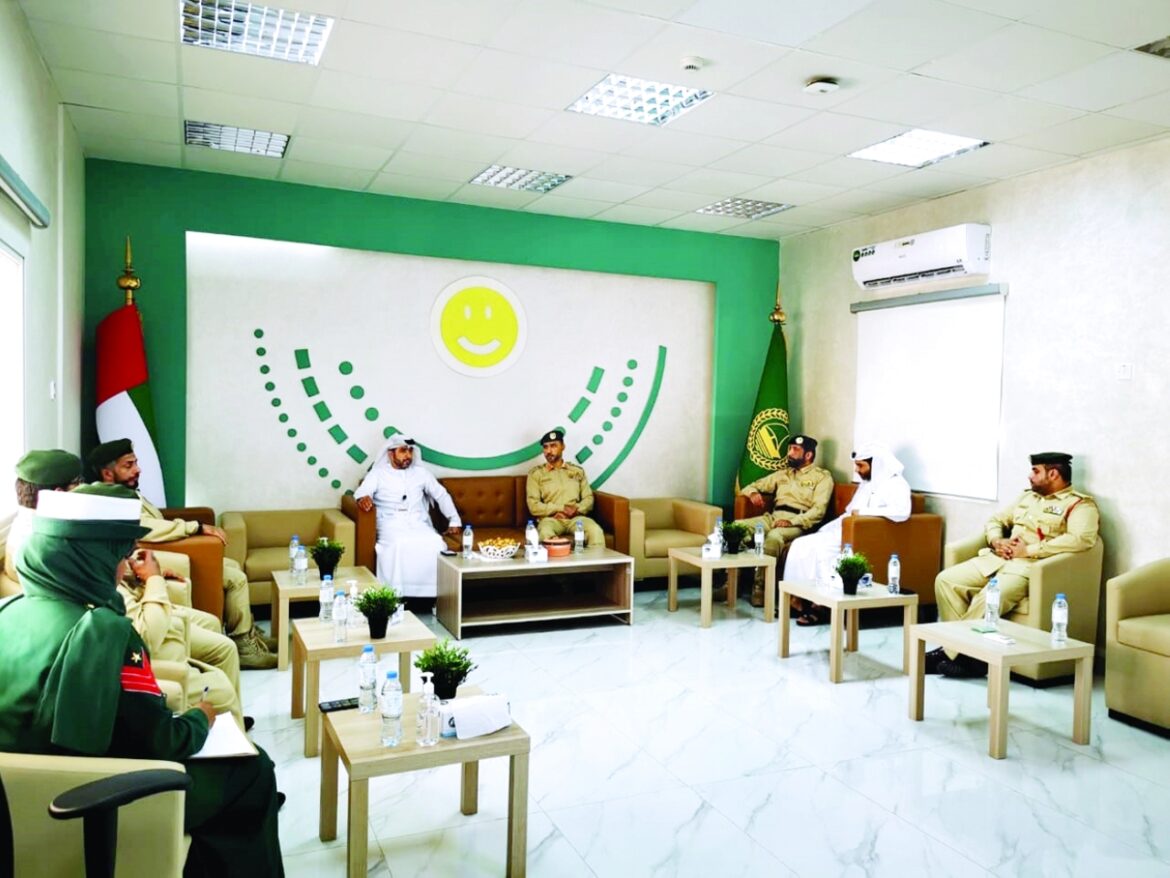 Colonel Abdullah Rashid Al Hafeet, Acting Director of Hatta Police Station, met with Ahmed Ateeq, Director of the Wild Area Office of the Executive Council of Dubai, in the presence of a number of officials from both parties, to discuss joint and continuous efforts to improve the quality of life and strengthen the cooperation between them in relation to the “Initiative” Safe bachelors.

Colonel Abdullah Al-Hafeet stressed that the Dubai Police General Command is diligent in activating communication channels with partners in achieving government integration and implementing the National Strategy for Quality of Life 2031, in addition to discussing ways of joint cooperation to achieve desired goals in order to increase safety, security and public safety, especially in suburbs where there are ranches and animals of all kinds are abundant.

Colonel Al-Hafeet gave an explanation about the services provided by the Hatta Police Station in the area of ​​jurisdiction, especially the awareness campaigns and initiatives implemented by the Center for Home Owners.

In turn, Ahmed Ateeq emphasized the importance of strengthening the communication channels with the owners of the bachelors and working to raise their awareness on a permanent basis, and praised the efforts of the Dubai Police in its continuous eagerness to communicate with all partners.