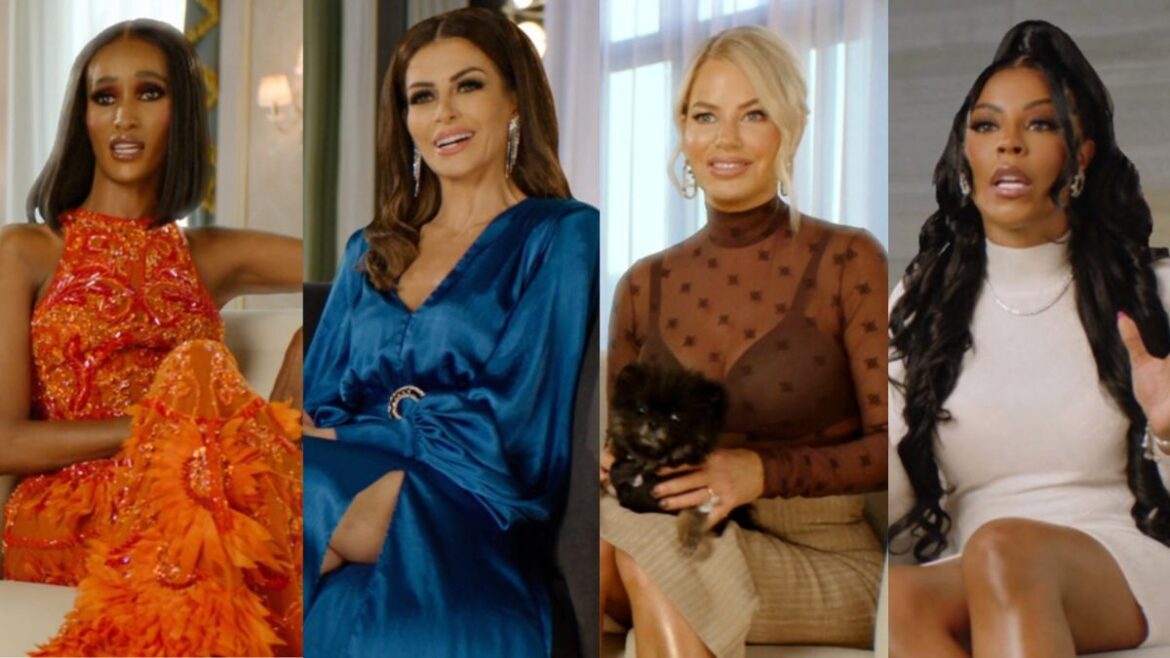 The six international powerhouse women featured on the hit spinoff left an impact on viewers that has the internet on fire.

RHODubai viewers got introduced to each of the women individually on the first episode of the series and also learned about some of the background and drama of their relationships with each other.

With that said, viewers took to Twitter to talk about the big takeaways from the first episode and the overall impression of the internationally pioneering new series.

RHODubai viewers reacted to the first episode on social media

Twitter was ablaze after viewers watched the premiere episode of RHODubai which is the latest addition to the franchise.

One fan tweeted, “The racial and cultural diversity of this cast is nothing they have ever done on Bravo and I’m very into it.”

Another Twitter user spoke about some of the things they saw by saying, “These girls have a staff, attendants, ice shipped to combat being exposed to the heat, beautiful decor and they’re shady!”

There was a viewer who played a clip of a vicious exchange between Caroline Brooks and Chanel Ayan from the first episode.

They accompanied the clip with a comment saying, “THE GIRLS ARE GETTING NASTY EPISODE 1 OHHH.”

What can RHODubai viewers expect this season?

Based on the trailer for this season, it looks like RHODubai may live up to its hype.

Viewers will be taken for a ride in terms of the drama, learning about cultural differences, and trying to understand the lavish lifestyle of the world-class women on the show.

Whether it will be feuds between the women, their business endeavors, major life events, pot-stirring, or bougie habits, fans of the show have a lot to look forward to.

All of this will be taking place with the stunning and eclectic backdrop of Dubai and all the city has to offer.

RHODubai airs Wednesdays at 9.00 PM ET on Bravo and is available Thursdays on Peacock.