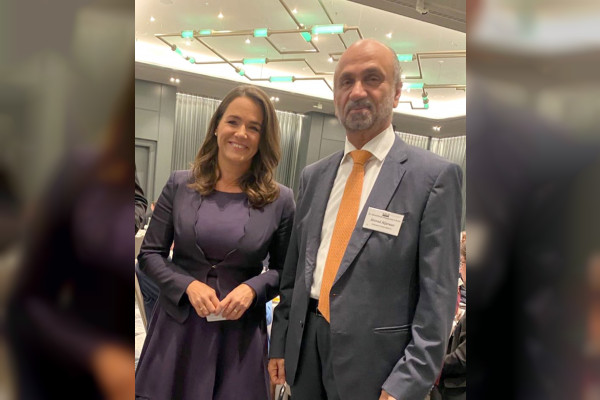 BERLIN, 5th June, 2022 (WAM) — Katalin Novak, President of the Republic of Hungary, has met with Ahmed bin Mohammed Al Jarwan, President of the Global Council for Tolerance and Peace, at the headquarters of the German Bundestag.

The meeting came during his participation in an international forum held annually by the German Parliament and attended by representatives of world parliaments, governments, administrations, economic bodies and civil society organisations, as well as members of the German Parliament, government officials, ambassadors and other guests from over 50 countries.

During the meeting, Al Jarwan reviewed the efforts of the Council in promoting the values ​​of tolerance and peace, and praised Hungary’s role and leadership in supporting relevant efforts across Europe and the world.

For her part, the President of Hungary praised the dedication of the Council and its President in mobilising international efforts to support and promote tolerance and peace.

Al Jarwan headed the delegation of the Global Council for Tolerance and Peace participating in the forum and delivered a speech in which he welcomed the participants, stressing the importance of such meetings in aligning international efforts, supporting dialogue and understanding and promoting a culture of tolerance and peace, which is what the Council is working on through its International Parliament, which comprises over 85 countries.