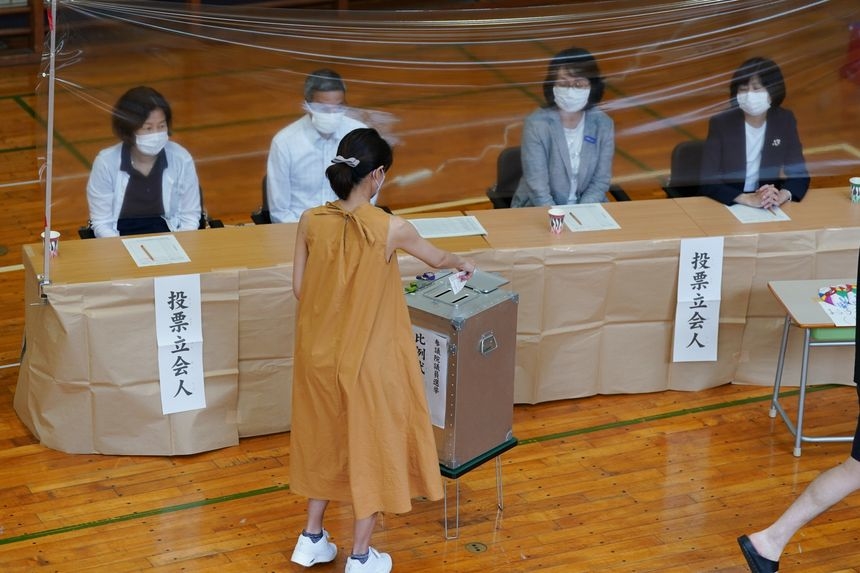 TOKYO, 10th July, 2022 (WAM/Reuters) — Japanese voters went to the polls on Sunday for an upper house election in which the ruling Liberal Democratic Party (LDP) may receive a surge of support after the assassination of former Prime Minister Shinzo Abe, a leading statesman and party power broker.

Abe, Japan’s longest-serving modern leader, was gunned down on Friday during a speech in support of a local candidate in the western city of Nara – a killing the political establishment condemned as an attack on democracy itself.

Elections for seats in parliament’s less powerful upper house are typically seen as a referendum on the sitting government, and the latest opinion polls already pointed to a strong showing for the ruling bloc led by Prime Minister Fumio Kishida – an Abe protege.

As the nation mourns, both the LDP and its junior coalition partner Komeito could gain from a potential wave of sympathy votes, political analysts said.

“The ruling LDP-Komeito coalition was already on course for a solid victory,” James Brady of the Teneo consultancy said in a note. “A wave of sympathy votes now could boost the margin of victory.”

Campaigning was halted on Friday after Abe’s killing, but politicians resumed pre-election activities on Saturday.