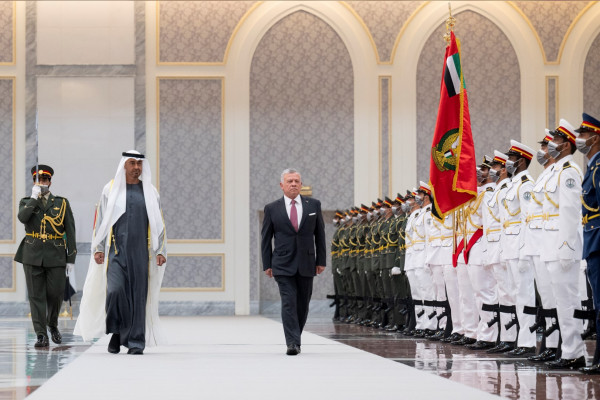 His Highness Sheikh Mohamed bin Zayed Al Nahyan, Crown Prince of Abu Dhabi and Deputy Supreme Commander of the UAE Armed Forces, led an entourage of high-profile officials to welcome their majesties upon arrival at the Presidential Flight in Abu Dhabi. They were accorded a red carpet reception as the national anthems of the UAE and Jordan were played.