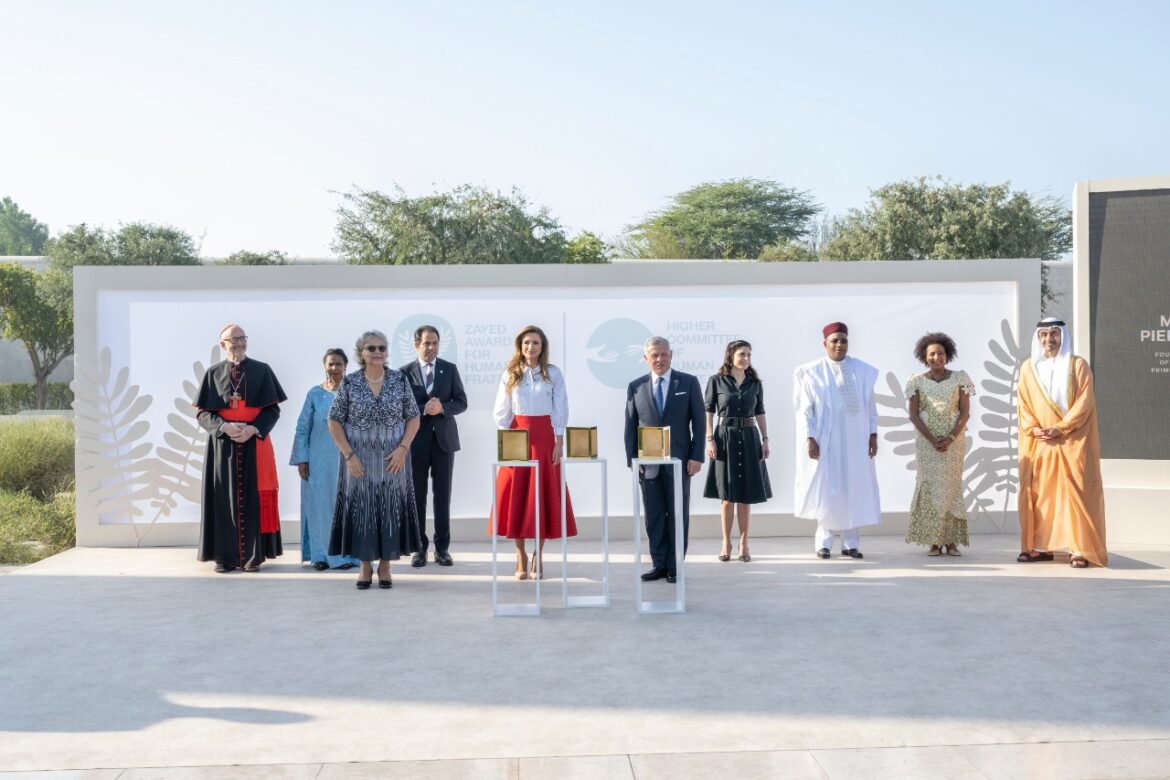 In the presence of H.H. Sheikh Abdullah bin Zayed Al Nahyan, Minister of Foreign Affairs and International Cooperation, and Jordanian Foreign Minister Ayman Al Safadi, the award, presented during a ceremony hosted by the Higher Committee of Human Fraternity at the Founders Memorial in Abu Dhabi, was granted in appreciation of Their Majesties’ efforts to promote human fraternity, mutual respect, and peaceful coexistence. The award was also presented to Haitian humanitarian organisation FOKAL.

Attending the ceremony virtually, Grand Imam of Al Azhar Sheikh Ahmad Al Tayyib and His Holiness Pope Francis congratulated Their Majesties, describing them as role models for fraternity and coexistence.

During their speeches, they praised Their Majesties’ commitment to promoting the values of coexistence and dialogue between different religious traditions, in the fight against discrimination, and for the empowerment of young people and women.

Mohammed Abdulsalam, Secretary-General of the Higher Committee of Human Fraternity, also delivered a speech during the ceremony.

The award is organised by the Higher Committee of Human Fraternity, an independent international committee instituted to promote human fraternity values in communities around the world and to fulfil the aspirations of the Document on Human Fraternity, signed by Grand Imam of Al Azhar Sheikh Ahmad Al Tayyib and Pope Francis in Abu Dhabi in 2019.

Members of the Higher Committee of Human Fraternity, and members of the award’s judging committee, along with a number of dignitaries, also attended the ceremony.