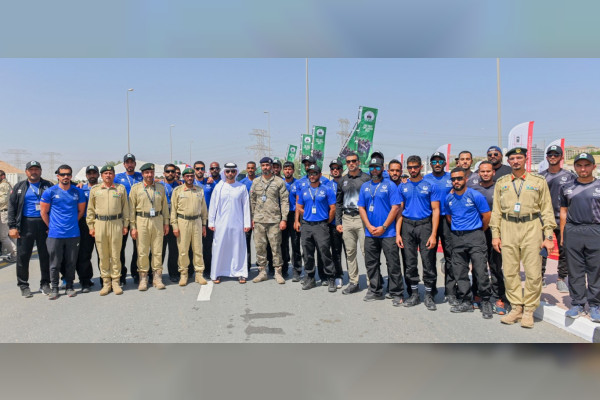 The tactical championship, being held at the Dubai SWAT Training Facility in Al Ruwayya, is featuring the participation of 41 highly-trained teams from 24 countries.

H.H. Sheikh Mansoor praised the successful organisation of the third edition of the event, which seeks to develop the skills and capabilities of participating teams from different countries and enhance their abilities to deal with various risks that could threaten the safety and security of communities. The competition also provides various opportunities for UAE police forces to exchange expertise and learn about best practices in the tactical field, His Highness said.

Sheikh Mansoor also highlighted the key role police and security services play in ensuring the safety and stability of communities and safeguarding public and private properties, while also upholding the rights and dignity of people.