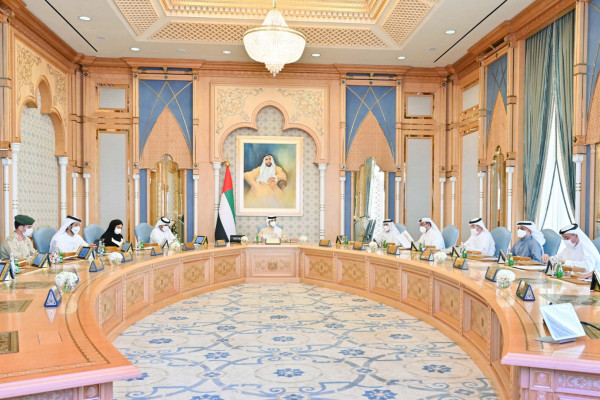 During the meeting, representatives from the Ministry of Foreign Affairs and International Cooperation (MoFAIC) and the Executive Office for AML/CFT presented on the UAE’s strategy to strengthen its longstanding efforts to combat money laundering and the financing of terrorism.

Participants discussed the numerous ways in which the UAE is closely coordinating with its international partners to identify, disrupt, and punish criminals and illicit financial networks. Extending from its strong commitment to protecting the integrity of the global financial system, the UAE has enacted notable reforms to prevent financial crime in recent years and will continue strengthening its approach in line with international standards and the global AML/CFT agenda.

The achievements of the UAE Expert Group for AML/CFT, which has successfully conducted 44 meetings with counterpart jurisdictions, were also discussed, with a particular focus on the training and advancement of AML/CFT experts in the UAE as part of efforts to develop a strong talent pool of anti-financial crime professionals. This has led to raising awareness around the UAE’s substantial progress in the field of countering financial crime and establishing direct lines of communication between UAE experts and key counterparts in international jurisdictions.

Moreover, participants addressed significant areas of improvement in the UAE’s AML/CFT efforts, including its progress in enacting targeted financial sanctions to combat terrorism, terrorist financing, and proliferation; increasing transparency on beneficial ownership of legal arrangements and entities; and strengthening relevant laws and regulations to improve national coordination and cooperation.

Concerning the UAE’s commitment to international cooperation on this file, the country’s partnerships in the AML/CFT field were noted, such as the UAE-UK Partnership to Tackle Illicit Financial Flows and the EU Structural Dialogue. In addition, capacity building sessions and workshops with key jurisdictions were cited, including 31 capacity building sessions, which have led to an enriched exchange of best practices on AML/CFT at the international level.