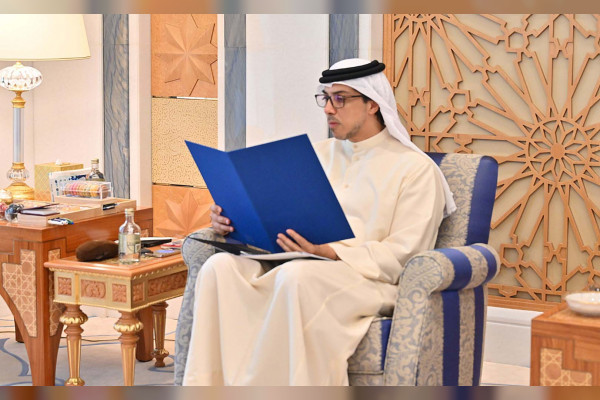 ABU DHABI, 19th May, 2022 (WAM) — H.H. Sheikh Mansour bin Zayed Al Nahyan, Deputy Prime Minister and Minister of Presidential Affairs, has stressed the importance of working on the establishment of the National Library to match major national libraries in the world, consolidating its status as a civilisational and cultural beacon for the United Arab Emirates.

During the meeting, Sheikh Mansour bin Zayed was briefed on the developments of the strategic plan for the establishment of the UAE National Library after the issuance of Federal Law No.13 for 2021, regarding the amendment of some provisions of Federal Law No. 7 for 2008. He also called on the Board of Directors to review the most important global experiences in regards to establishing the National Library.

Sheikh Mansour reviewed with the Board of Directors the National Archives and Library’s plans aimed at documenting the historical heritage of the UAE from various sources in the international archives and the reports of standard visits. He also directed the Board of Directors to attach great importance to documentary studies, and to make use of artificial intelligence techniques in translating historical and humanitarian books that aim to enrich global human heritage.

In turn, Hamad Al Midfa valued the efforts of Sheikh Mansour and his keenness to highlight the civilised role of the UAE and consolidate its leadership in the field of preserving human heritage, underscoring the Board of Directors of the National Archive and Library efforts to implement H.H.’s directives to meet the aspirations of the wise leadership and enhance the country’s status in the global cultural arena.