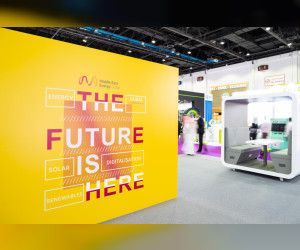 DUBAI, 3rd February, 2022 (WAM) — The MENA region’s most reputable and comprehensive energy event, Middle East Energy (formerly Middle East Electricity), will be held at Dubai World Trade Centre from 7th-9th March to address the future of the energy transition when it welcomes senior energy leaders, policymakers, and influencers to discuss the opportunities surrounding green hydrogen in the region.

According to a report by consultancy Roland Berger and Dii Desert Energy, an international public-private sector industry body, annual revenues for hydrogen production in the GCC could reach US$200 billion, which in turn could support upwards of one million jobs directly and indirectly connected to the green value chain by 2050. Furthermore, a study by Goldman Sachs revealed green hydrogen could meet 25 percent of global energy requirements in the next 30 years.

An array of international hydrogen experts will convene at Middle East Energy to discuss the exciting prospects for the MENA region to emerge as a global clean hydrogen hub.

Cornelius Matthes, CEO of Dii Desert Energy, will open the green hydrogen discussion at the Global Energy & Utilities Forum (GEUF), one of three dedicated energy conferences at the event on 7th March.

The panellists will discuss topics including the Middle East’s potential to emerge as a global hub for green hydrogen and ammonia, how projects will be financed and the price of producing green hydrogen, the importance of implementing hydrogen strategies to support future green hydrogen projects, as well as the opportunities surrounding blue hydrogen.

Azzan Mohammed, Exhibition Director, Global Energy & Utilities Forum and Middle East Energy, said, “As the role of green hydrogen in the energy transition has become a priority for governments and energy companies across the world, we have seen a shift to evaluating the advantages of developing the technology to reduce carbon emissions across utilities, transport and industrial sectors.

“With the UAE government setting out plans to reach net-zero emission by 2050 while overseeing an AED600 billion (US$163 billion) investment in renewable energy, the country is at the forefront of discussions regarding the energy transition.”

Informa, organisers of Middle East Energy, have confirmed over 500 global exhibitors will participate in the 47th edition of the energy showcase, with over 18,000 attendees and 500 delegates expected.

The event will again occur under the protocols introduced via the company’s Informa AllSecure health and safety mandate.