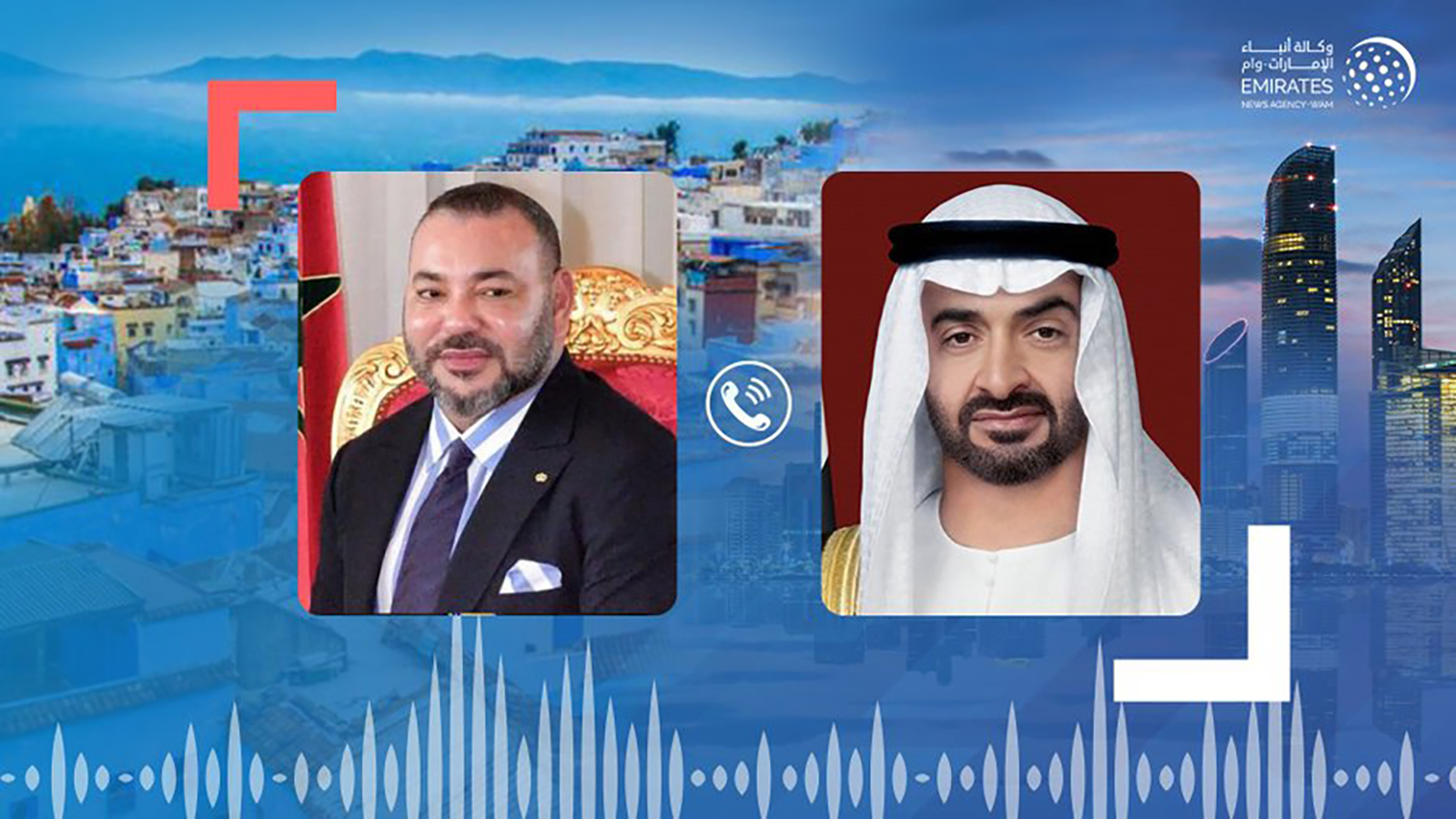 ABU DHABI, 6th February 2022 (WAM) – His Highness Sheikh Mohamed bin Zayed Al Nahyan, Crown Prince of Abu Dhabi and Deputy Supreme Commander of the UAE Armed Forces, called HM King Mohammed VI of Morocco to offer his condolences over the death of the Moroccan child Rayan Aourram, who passed away after he fell into a well for several days.

His Highness Sheikh Mohamed said, “with great sorrow, I learned the news of the death of Rayan. I extended sincerest condolences to his parents, his family and the Moroccan people and I pray to Allah the Almighty to grant them patience and fortitude to bear his loss.”

Sheikh Mohamed also lauded the efforts made by the authorities and civil defence in Morocco to rescue the child.

King Mohammed VI expressed deepest thanks and appreciation to Sheikh Mohamed bin Zayed for his sincere feelings and wished the UAE and its people further progress and prosperity.