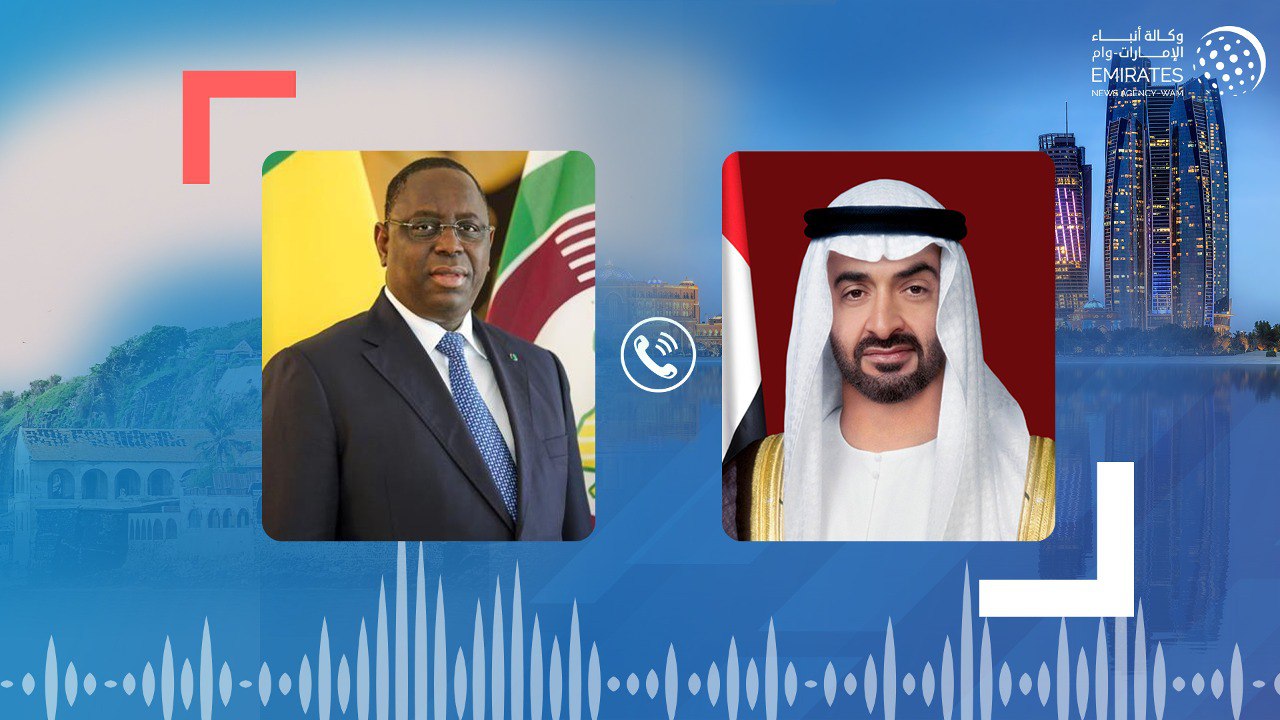 During the phone call, His Highness Sheikh Mohamed highlighted the UAE’s keenness to strengthen its relations with Africa, most notably in the areas of development and prosperity.

The phone call also addressed the bilateral ties between the two sides, as well as regional and international issues of mutual concern.

His Highness Sheikh Mohamed congratulated Sall on the victory of the Senegalese football team in the African Cup of Nations (AFCON) 2022.

Sall thanked His Highness Sheikh Mohamed and highlighted the close ties between the UAE and Senegal, expressing his appreciation for the UAE’s development and humanitarian role in Africa.