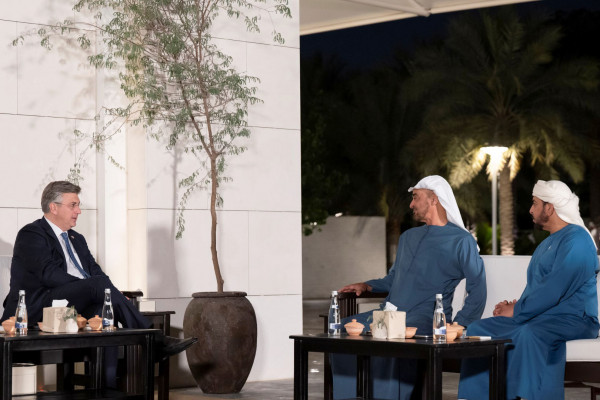 His Highness Sheikh Mohamed, in turn, conveyed his greetings to the Croatian President and his wishes of lasting peace and stability for Croatia and its people.

During the meeting, which took place at Qasr Al Shati in Abu Dhabi, Sheikh Mohamed and Plenkovic discussed ways of boosting bilateral cooperation in economic, investment, developmental and other fields.

They also exchanged views on developments in the region, as well as a number of regional and global issues of mutual concern.