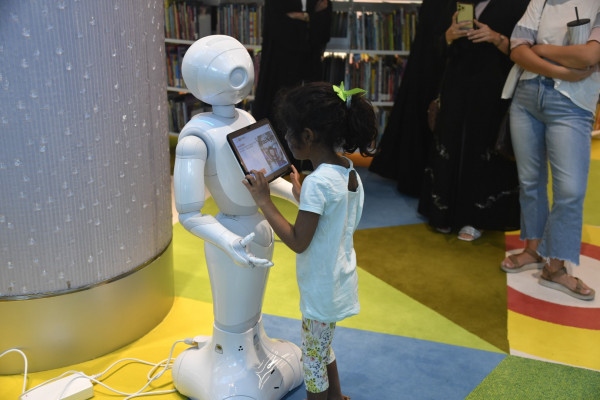 DUBAI, 14th June, 2022 (WAM) — The Mohammed bin Rashid Library, the newly inaugurated cultural beacon located in Dubai, will be the first-of-its-kind in the and the Middle East region, to employ artificial intelligence (AI) in its operations, including in choosing titles and borrowing and returning books.

The automated storage and electronic book retrieval system on the library’s first floor is one of its largest sections. It contains over one million titles and utilises a first-of-its-kind smart system in the Middle East region that uses AI to send commands to robots to locate books and deliver them to readers wherever they are in the different libraries spread across seven storeys.

The library, which was inaugurated by His Highness Sheikh Mohammed bin Rashid Al Maktoum, Vice President, Prime Minister and Ruler of Dubai, is preparing to open its doors to the public on Thursday. It will help strengthen the UAE’s stature as a culture and innovation hub in the region by creating a conducive environment in the country that caters to all community segments, especially schools and university students.

During a visit to the library, the Emirates News Agency (WAM) was briefed about its book digitisation laboratory, which is the largest-scale project aimed at preserving rare books.

He noted that the library is the first in the region that utilises a comprehensive AI system that reduces reliance on human staff, streamlining the processes of title selection, reading, borrowing and returning books.

The library houses paperback and digital books on a variety of topics, including languages, geography, philosophy, health, mathematics, self-development and literature, as well as fiction, available in both Arabic and English, he added.