Throughout the Holy Month, the eight-seater chef’s table restaurant will be serving a multi-course menu inspired by local flavors and ingredients with strong Middle Eastern influencers,evoking the spirit of Ramadan in Dubai.

Carefully designed byChef-Founder Solemann and his expert culinary team, the suhoor menu will be served in Moonrise’s signature chef’s choice format, in which dishes are prepared directly at the counter in front of guests while the chefs guide them through each one of the courses.

Aiming to capture the essence of Ramadan in Dubai, Moonrise’s suhoor menu incorporates diverse Middle Eastern flavors that are commonly used during the Holy Month, such as karak, saffron, date syrup and more.

In addition to the newly created dishes, the suhoor offering will feature popular items from Moonrise’s most recent menu, such as the Dates & Foie Gras Puri with Saffron and Pineapple Chutney, the Miso Muhammara and Yuzu Stracciatella and the Syrian Sumac and Citrus Crudo, a Japanese hamachi with a Levantine twist, and more.

As with all of Moonrise’s seasonally changing tasting menus, each course will be accompanied by a range of skillfully crafted mocktails that complement the complexity of the food.Priced at AED 475 per person, Moonrise will have two nightly seatings starting at 7pm and 9:30pm. 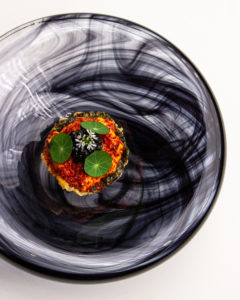 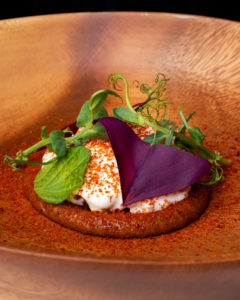