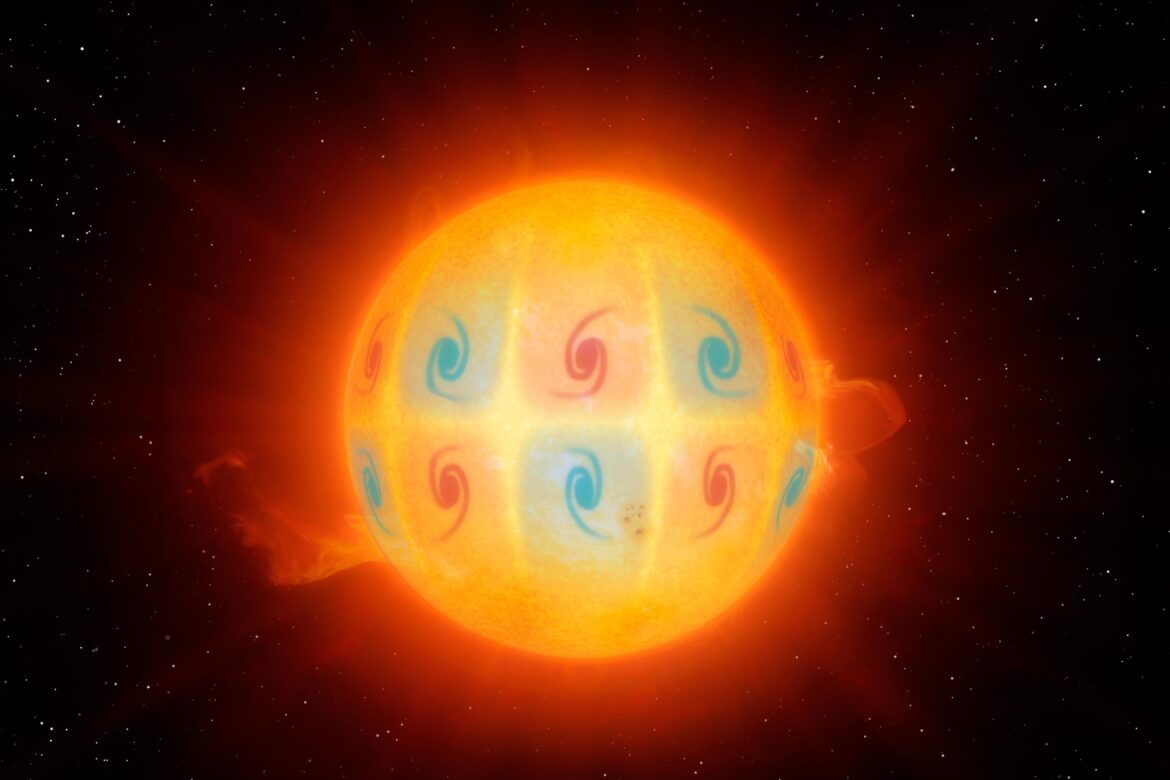 An artistic impression of the high-frequency retrograde (HFR) vorticity waves. These waves appear as swirling motions near the equator of the Sun. The rotation in the north is always anti-symmetric to the rotation in the southern hemisphere. These mysterious waves move in the opposite direction to the sun’s rotation, which is to the right, three times faster then what is allowed by hydrodynamics alone. Credit: NYU Abu Dhabi

Researchers from NYU Abu Dhabi’s (NYUAD) Center for Space Science have discovered a new set of waves in the Sun that, unexpectedly, appear to travel much faster than predicted by theory.

In the study, Discovery of high-frequency-retrograde vorticity waves in the Sun, published in the journal Nature Astronomy, the researchers — led by Research Associate Chris S. Hanson — detailed how they analyzed 25 years of space and ground-based data to detect these waves. The high-frequency retrograde (HFR) waves — which move in the opposite direction of the Sun’s rotation — appear as a pattern of vortices (swirling motions) on the surface of the Sun and move at three times the speed established by current theory.

The interior of the Sun and stars cannot be imaged by conventional astronomy (e.g. optical, x-ray etc.), and scientists rely on interpreting the surface signatures of a variety of waves to image the interiors. These new HFR waves may yet be an important puzzle piece in our understanding of stars.

Complex interactions between other well known waves and magnetism, gravity, or convection could drive the HFR waves at this speed. “If the HFR waves could be attributed to any of these three processes, then the finding would have answered some open questions we still have about the Sun,” said Hanson. “However, these new waves don’t appear to be a result of these processes, and that’s exciting because it leads to a whole new set of questions.”