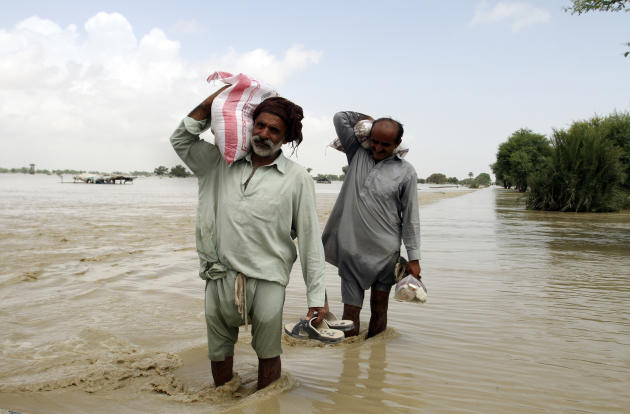 Flash flooding from the heavy rains has washed away villages and crops as soldiers and rescue workers evacuated stranded residents to the safety of relief camps and provided food to thousands of displaced Pakistanis.