Pictures: Emirates unveils a new custom A380 livery dedicated to Dubai’s newest architectural icon, the Museum of the Future.

DUBAI, UAE — Gulf-based global carrier Emirates Airlines has revealed a new custom A380 livery dedicated to Dubai’s newest architectural icon and center for pioneering concepts and ideas, the Museum of the Future. 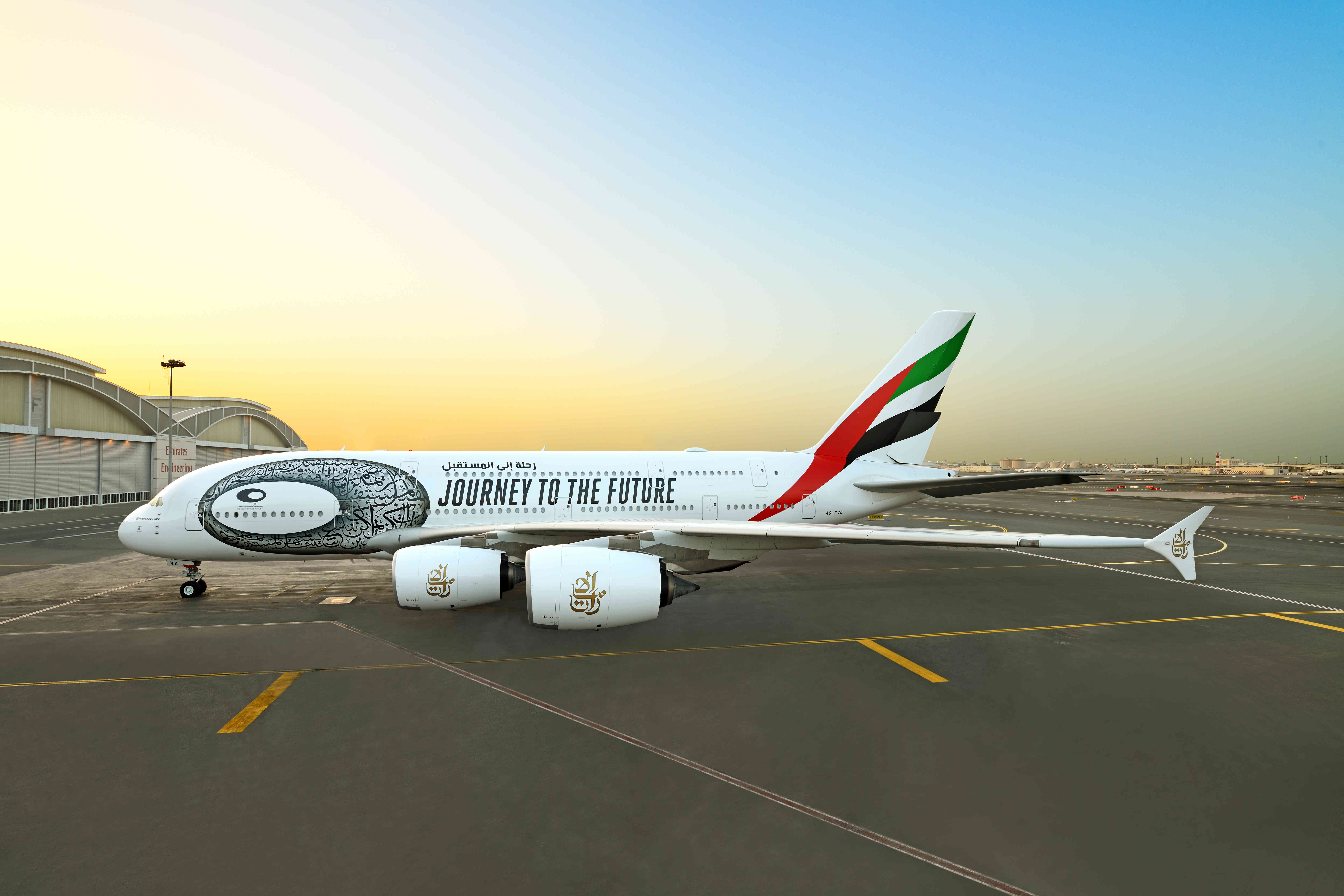 The first Emirates A380 with registration A6-EVK to mark this exciting new livery, makes its first flight today to Los Angeles. As its nine other aircraft siblings roll out of the dedicated Aircraft Appearance Centre at Emirates Engineering over the coming weeks, Emirates’ Museum of the Future A380s will be deployed on routes to Europe as well as key Arab regional cities.

This initiative underscores the airline’s unwavering commitment to supporting Dubai’s vision as the leading city of the future, a hub for innovation, and a testbed for emerging technologies. It also crystallizes the UAE’s 50 years of development and progress.

The seven-storey, pillarless, torus-shaped Museum of the Future, dubbed as the ‘world’s most beautiful building’, has become one of Dubai’s definitive design marvels and aims to inspire the world to imagine the possibilities of tomorrow, featuring mesmerizing installations and futuristic experiences. The building’s ring forms a void to represent unknown and undiscovered knowledge.

The Museum will also act as an incubator for scientists, thinkers and researchers to bring their bold ideas and visions of the future to life, especially across areas like sustainability, outer space, health, and other critical global challenges. It will also be a platform to trial and demonstrate the latest technological discoveries, with prototypes that will continually evolve from emerging start-ups and established technology enterprises.

The ring-shaped Arabic calligraphy encapsulated building encircles both sides of the aircraft and features the message ‘Journey to the future’ across the fuselage, covering a total of 336 sqm on the A380. The façade is decorated with quotes from His Highness Sheikh Mohammed bin Rashid Al Maktoum. The airline will produce 10 A380 liveries in total, which will fly across close to 30 destinations around the world in the coming year, carrying the museum’s message of creating a better future now.