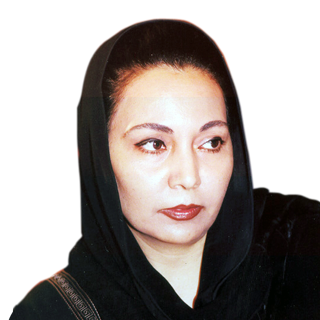 The UAE attaches great importance to sober cultural work as an important pillar of societal development and as a means of raising general societal awareness. The official interest lies in the form of ongoing support and encouragement for cultural work of all kinds and the creation of the appropriate infrastructure for this work.

Therefore, the UAE today deserves the immense reputation it holds as a beacon of cultural radiation in the region. It is not possible to think about cultural work without referring to the honor that creators receive through the large prizes given as encouragement to these creators in all fields.

If we look at cultural work in general, we will find that it is based on three important pillars: support, encouragement and continuous development of cultural work, interested popular taste and the existence of the infrastructure that encourages the continuation of cultural work and cultural works. on its diversity.

All these bars are available in UAE. In the UAE, there is great official and popular interest in cultural work, which has given it the great glamor it enjoys today through the various cultural activities it is active in. Official authorities are also working to embrace cultural work and provide all forms for support for it in the form of financial support, institutional support and a cultural infrastructure capable of embracing cultural work in all its forms.

From music to visual arts and literature, the United Arab Emirates seems to be a beacon of diverse cultural radiation that lights up the skies of the region as a whole. These cultural pillars greatly contributed to the revival of cultural work in all its forms, including art, literature, music and visual arts, making the UAE a cultural platform and a huge source of radiation.

On the other hand, the UAE does not seem afraid to break into new cultural areas or adopt unknown cultural projects and plans, because they are aware that every cultural activity has an audience that is able to accept and taste these projects . The literary, artistic and literary taste found in the Emirates is diverse and able to accept and digest all kinds of new projects and plans and work to maintain them.

For example, the Emirates includes dozens of official and civilian local and international cultural centers that have gained a high reputation. It also includes theatres, museums and cultural institutions that serve all sections of society. It also recently witnessed the opening of a new beacon of radiation, the Mohammed bin Rashid Al Maktoum Library, which is an important source of knowledge and learning throughout the Arab region.

The United Arab Emirates has proven that it is firmly on the cultural path. The Corona pandemic and economic fluctuations did not affect cultural development plans. Instead, the UAE continued to remarkably support the culture and its various branches, so that the UAE has truly become a rare phenomenon in the region as a whole.

Although most countries in the world have reduced their cultural budget and limited their activities to only necessary activities, the UAE has continued to support cultural activity in all its forms. Time has shown that the UAE policy was right in this regard.

The UAE is aware that keeping up with the times lies not only in developing local plans to keep pace with the world, but in expanding the bridge to the other by attracting him to learn about our local culture. The UAE has never been isolated from its surroundings, but has always been a bridge for civilized communication with its neighbors and with the countries of the world.

Today, the UAE plays the role of a cultural mediator for the transfer of knowledge and technology between East and West. The UAE is also aware that its role is not limited to the dissemination of civilization, but extends to its role as an important cultural actor on the global stage. Through Expo 2020 Dubai, the United Arab Emirates provided a living example of Emirati vitality, and today it is another example through its new cultural edifices.