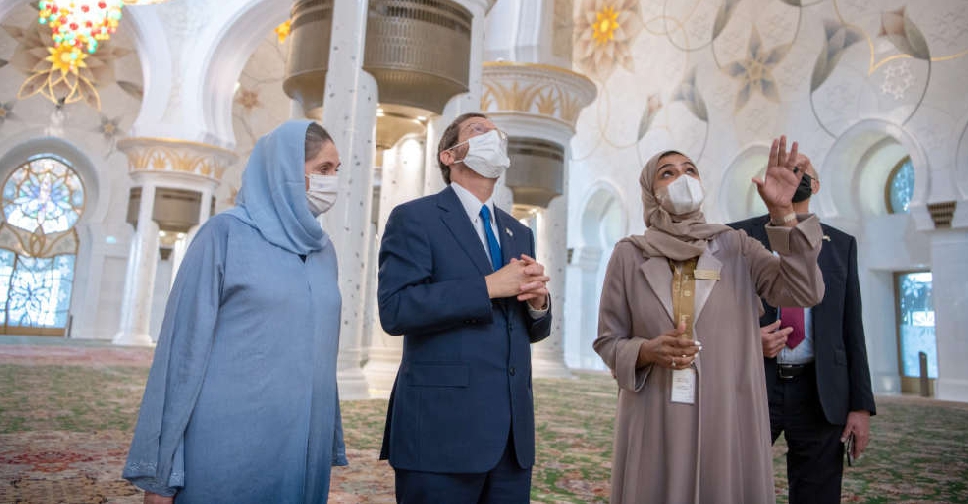 Israeli President Isaac Herzog has visited the Sheikh Zayed Grand Mosque in Abu Dhabi, accompanied by First Lady Michal Herzog, as part of his historic official visit to the UAE.

Dr. Yousif Al Obaidli, Director-General of Sheikh Zayed Grand Mosque Centre, accompanied the Israeli President and his delegation on a tour of the mosque’s halls and external corridors.

They were briefed by one of the Centre’s cultural tour specialists about the mosque’s history and the esthetic features of Islamic art and architecture of the building.

At the end of the visit, they were presented with two of the Centre’s publications – Spaces of Light, which showcases award-winning photography, and a book on places of worship in Islamic history.