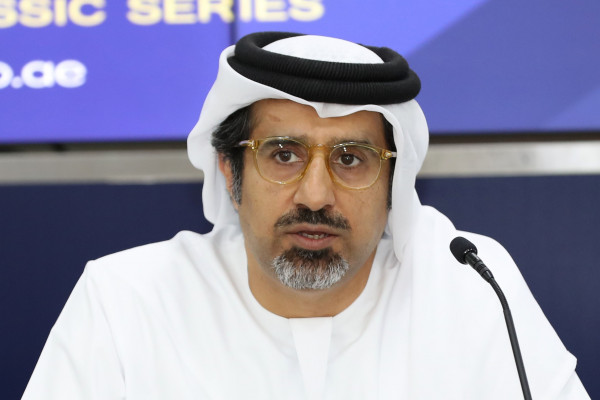 MARYLAND, 21st May, 2022 (WAM) — The $100,000 President of the UAE Cup series for the Purebred Arabians (G1) – America’s richest Arabian race of the year – returns to Pimlico Race Course on one of horse racing’s biggest days, Preakness Stakes Day, to be held today, Saturday, 21 May 2022, in Baltimore, Maryland.

The ten nominees for the 2022 UAE President Cup (G1) include the reigning Horse of the Year, Hiab Al Zaman; the 2018 winner of the race and Horse of the Year, Quick Sand AA; 2022 graded stakes winner, Like Moulin Rouge; 2020 Darley Champion 3 Year Old Filly, Uptown Lady Arabella, and UAE Group winner, Sniper De Monlau. The remainder of the field includes: Highh Maintenance, who finished fourth in the Darley Sprint Stakes (G3) at Sam Houston Kissouur, coming off an Allowance Optional Claiming win in April against several of these nominees
Proud American, represented by the same trainer/owner combo as RB Texas Hold Em, winner of the UAE President Cup (G1) in 2019.

In 2020 and 2021, the race was run in front of smaller-to-no crowds due to COVID-19 restrictions. But with a full crowd expected this year, the anticipation for this year’s Preakness card is notably high.

”We owe so much to our sponsor, the UAE President Cup, for offering this prestigious race in America as part of its long running series,” said Susan Meyer, president of the Arabian Jockey Club.

Torno Subito Welcomes Back Its Second Edition Of massimo’s Friends, With…