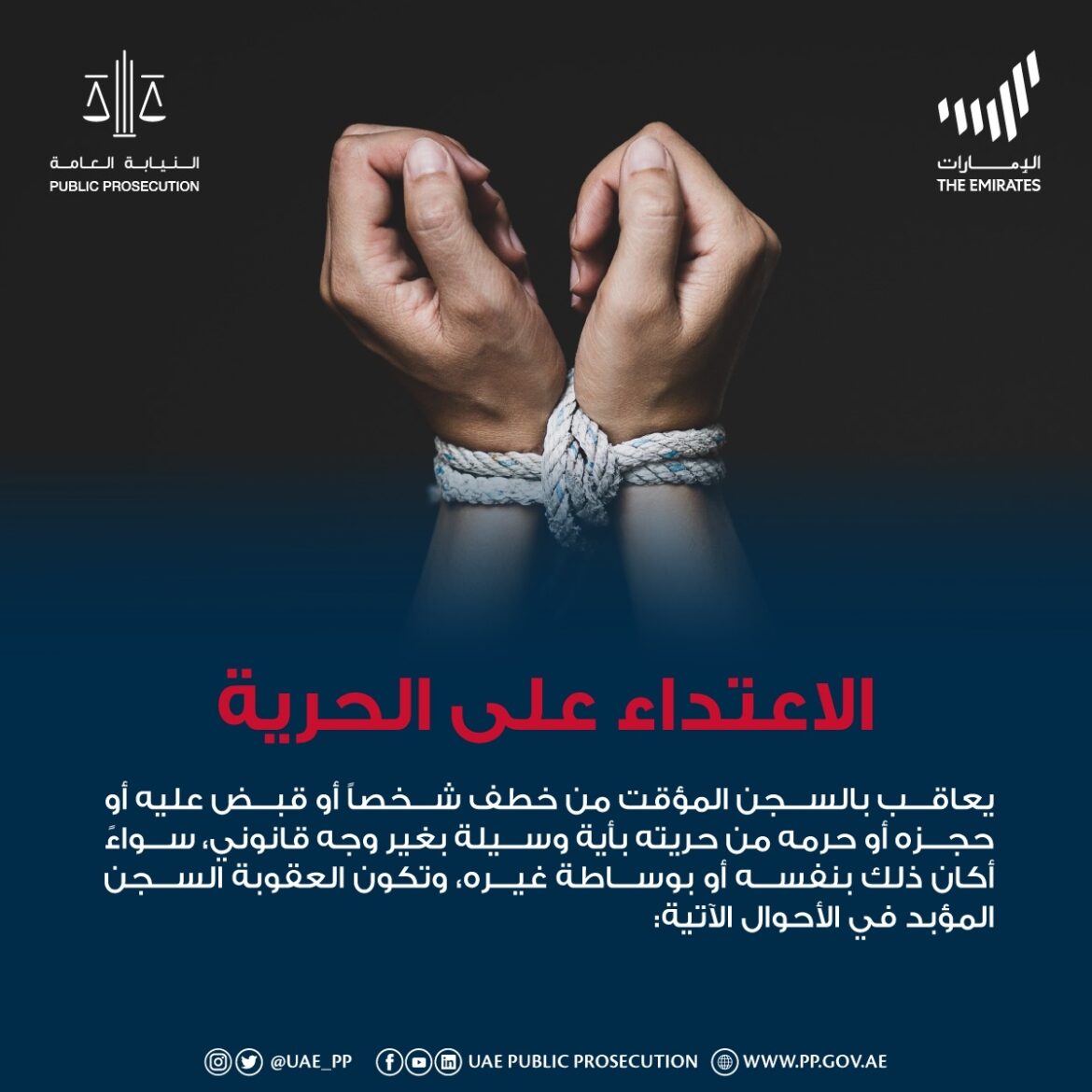 ABU DHABI, 16th March, 2022 (WAM) — The UAE Public Prosecution (PP) explained today, through a post on its social media accounts, the penalties for violation of freedom.

According to Article No. 395 of Federal Decree-Law No. 31 of 2021 Promulgating Penal Code (Law of Crimes and Penalties), whoever kidnaps, arrests, detains, or deprives a person of his freedom in any way illegally, whether by himself or through the intermediary of others, shall be sentenced to temporary imprisonment.

The penalty shall be life imprisonment in the following instances: 1- If the act takes place by impersonating a public capacity, pretending the performance or assignment of a public service or to contact under a false representation 2- If the act is performed by use of subterfuge or accompanied by use of force, threat of killing, inflicting severe body harm or by acts of physical or psychological torture 3- If the act is performed by two or more armed persons 4- If the period of kidnapping, arresting, detaining or depriving from freedom exceeds one month 5- If the victim is a female, a juvenile, an insane, a feeble-minded or a person with disability 6- If the purpose of the act is to draw profit, revenge, rape of the victim, disgrace him, injure him, or have him perpetrate a crime 7- If the act is committed against a public servant during or because of, the discharge of his duties Should the act lead to the death of the victim, the punishment shall be death penalty. Any intermediary in the commission of any of the crimes provided for in this article, and whoever knowingly hides a kidnapped person shall be sentenced to the same penalty prescribed for the principal perpetrator.

This post is part of the Public Prosecution’s continuous efforts to promote legal culture among members of the community and increase their awareness about the latest legislations in the country.