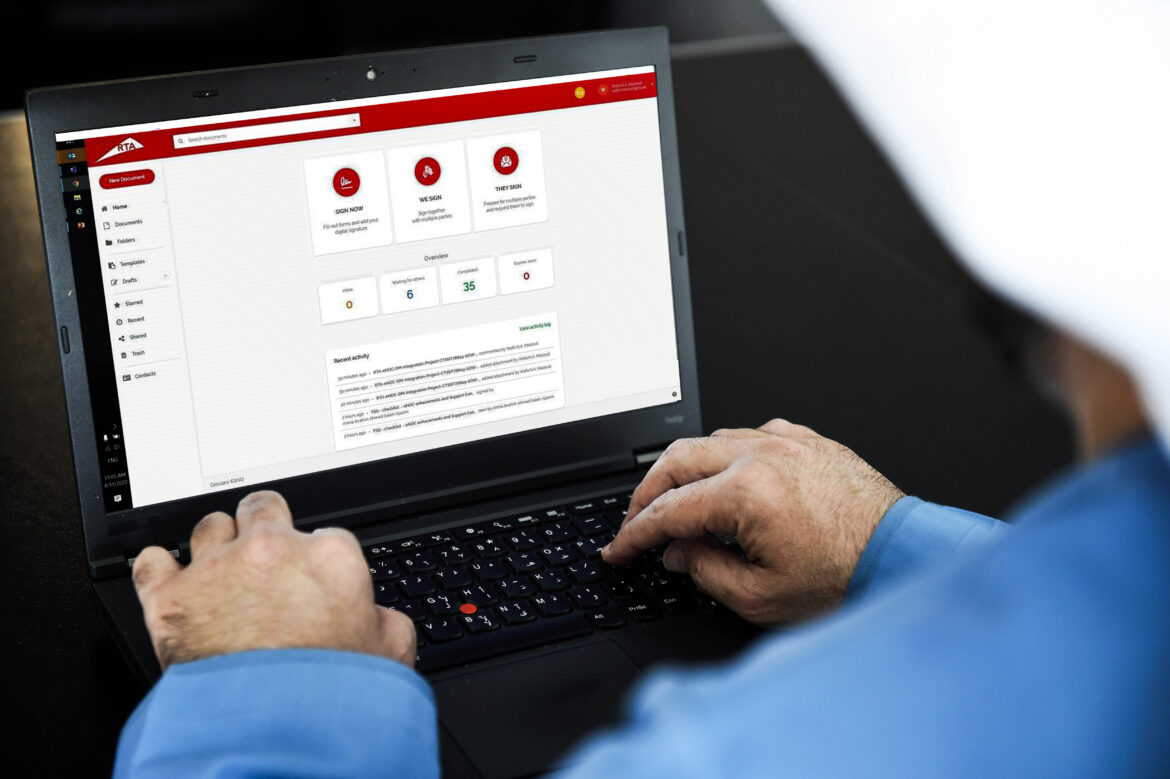 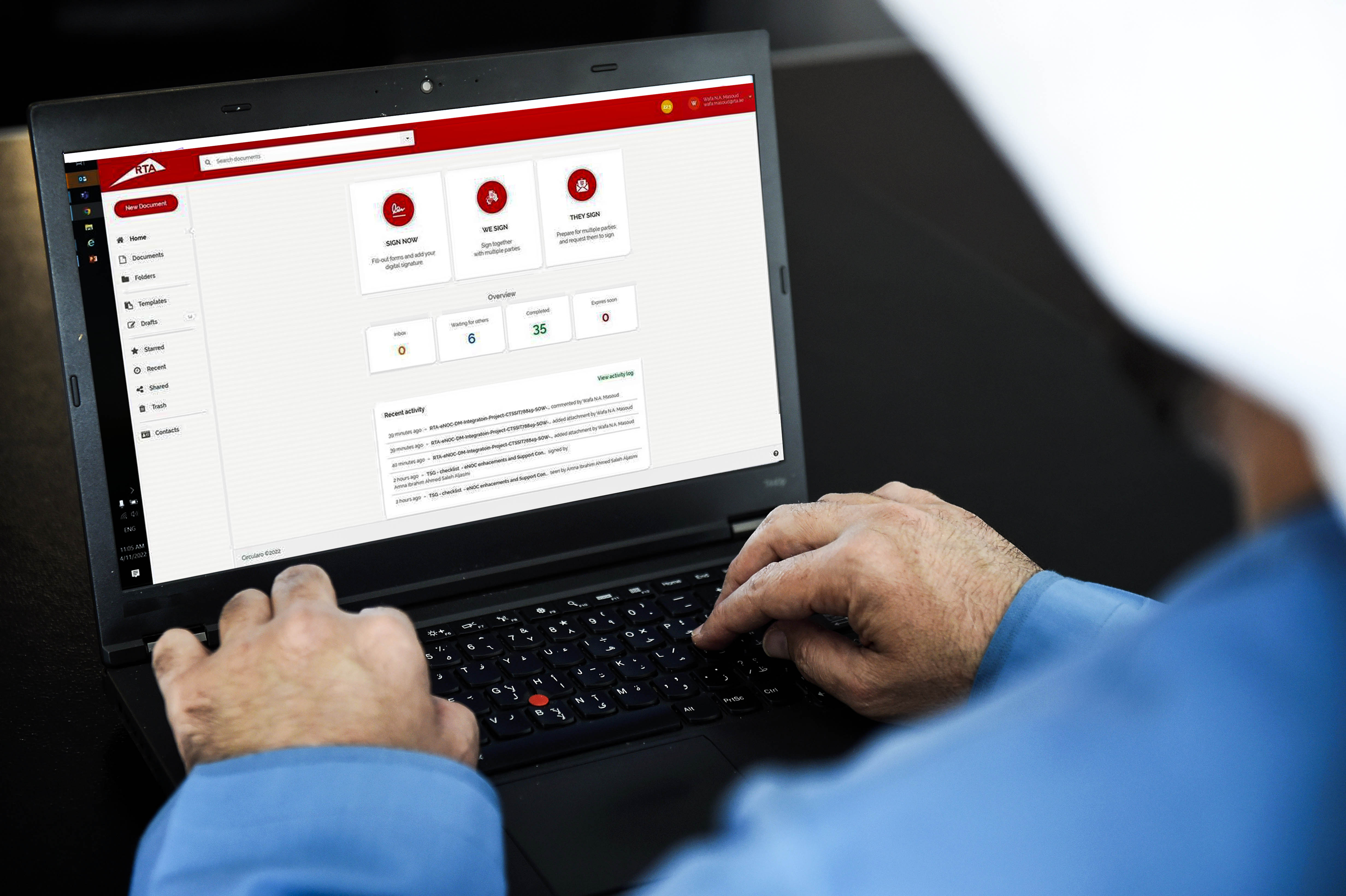 DUBAI, 13th April, 2022 (WAM) — Dubai’s Roads and Transport Authority (RTA) has endorsed a digital signature system for contracts and transactions in a safe and secure environment based on a digital signature certificate linked to the digital identity system.

The digital signature system has been designed at the highest information security standards approved by Dubai’s Telecommunications and Digital Government Regulatory Authority (TDRA).

Mohammed Al Mudharreb, CEO of Corporate Technology Support Services Sector, RTA, said, “The digital signature system was launched last year to process and follow-up transactions in a speedy and highly efficient manner. It aims to facilitate the procedures of signing contracts with companies and individuals who have business with RTA.

“RTA will steadily add improvements to the system to enable it to meet the needs of the public and match the digitisation drive. The digital signature system fits well with Dubai’s Paperless Strategy aimed to have paper-free transactions in future and a full transformation into a paperless government. It will abolish more than a billion pieces of paper used in government transactions each year,” added Al Mudharreb.