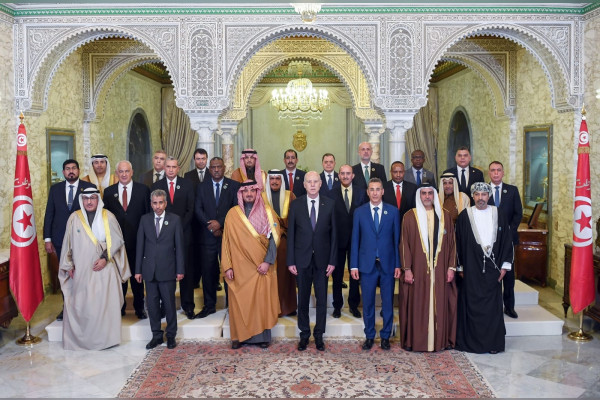 TUNIS, 2nd March, 2022 (WAM) — Kais Saied, President of the Republic of Tunisia, received on Wednesday H.H. Lt. General Sheikh Saif bin Zayed Al Nahyan, Deputy Prime Minister and Minister of the Interior, as part of the official reception ceremony held at the Presidential Palace in Carthage, which was hosted by the President of the Arab Interior Ministers who met in the Tunisian capital.

Sheikh Saif bin Zayed headed the UAE delegation to the 39th Arab Ministers of Interior Council held on Thursday at the Council Secretariat headquarters in Tunisia.

His Highness, at the outset of his speech, expressed the regards of the UAE leadership and government to Arab kings, presidents and peoples, wishing them continued progress and prosperity.

Sheik Saif valued the role of the Arab League in ensuring the success of the 39th council meeting.

His Highness reached Tunis today where he was met by Toufik Sharaf El-Din, the Tunisian minister of interior, Mohammed Koeman, the Secretary General of the Arab Defence Ministers Council, and Rashed Mohammed al Mansouri, UAE ambassador to Tunisia.